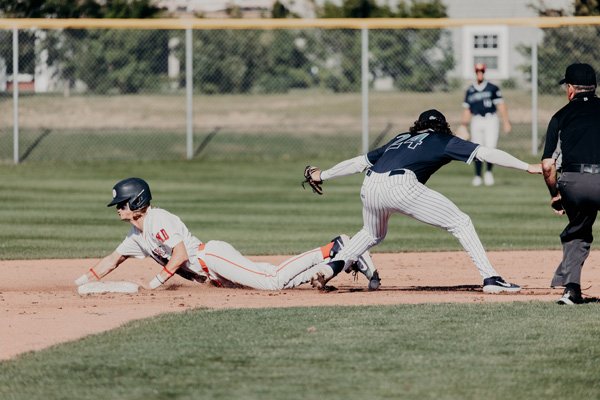 For the second straight night, the Y-D offense couldn’t muster much offensively and fell to the Brewster Whitecaps 3-1.

It’s the second straight loss to the Whitecaps, and it drops the Red Sox to 0-2-1 on the young season. The Red Sox offense has now scored just five runs through the team’s first three games, and they have left 27 runners on base.

Despite the lack of productivity during the slow start, Field Manager Scott Pickler remains optimistic that the team is on the precipice of getting going this summer.

“We’re a few hits away, we’ll be alright,” Pickler said postgame through a small chuckle. “Just a couple of hits away from turning this thing around.”

“All of these guys hit in college. Just have to loosen up a little bit and we’ll be fine.”

In each of first the two games, Y-D fell behind early, and tonight was no different. Alex Freeland led off the game with a towering drive over the right-field fence to put Brewster on the board right out of the gate.

Although the Red Sox were able to respond with a run in the bottom of the first, they found themselves down 3-1 heading into the top of the fourth.

Brewster’s Teddy McGraw was stellar on the mound, striking out eight over six innings of one-run ball. The Whitecaps bullpen held the Red Sox scoreless over the final three innings.

In close games, every play is magnified, and Pickler was quick to point out postgame how Y-D is just a few plays away from a different outcome.

In particular, Cole Carrigg bobbled a double in the gap from Parks Harber in the 4th. The extra second on the bobble allowed Cameron Leary to slide past the tag from Simon Reid.

In the 7th, Fernando Gonzalez (in his first AB of the summer) laced a liner right back up the middle that deflected off of Brewster pitcher Brennen Oxford. The ball fell right in front of Oxford, allowing him to collect himself and throw out Hunter Haas, who was trying to score from third.

Pickler mentioned that guys could be facing some nerves, but have to make sure to stick to who they are as ballplayers and not try to do more than they can.

While the bats are ice cold to begin the summer, some bright spots have emerged over the first few games.

Carrigg is batting .538 and has made a phenomenal defensive play in each game. Today, he threw out a runner trying to score from second on a single to keep the deficit at two.

Despite the aforementioned bumpy starts in each game, the pitching has rebounded in each of the three games. Tonight, Kris Bow, Owen Hackman, and Dylan Ray combined for five shutout innings to keep the Brewster bats at bay through the later innings.

The Red Sox have the day off tomorrow but return to action on Thursday at Harwich looking for their first win of the season.