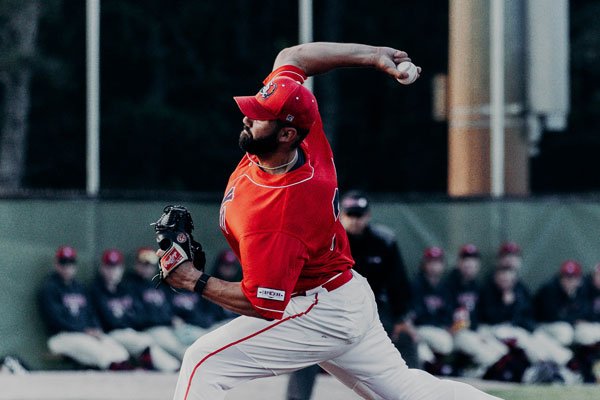 The Yarmouth-Dennis Red Sox failed to get the bats going again Thursday night, putting up just five hits in a 2-1 defeat to the Harwich Mariners at Whitehouse Field.

The loss marked Y-D’s third straight defeat after a tie at Orleans on Opening Day.

“I thought it was a great ballgame,” said Y-D field manager Scott Pickler. “We can play with anyone in the league. I told these guys, ‘That’s a great baseball game to watch and to play in.’”

Once again, Y-D’s pitching staff put in strong performances. Washington State’s Grant Taylor started the game in his first appearance of the summer. He gave up a leadoff walk, but got some luck after Jonathon Long recorded an unassisted double play on a soft liner to his right. Long made a diving snag, then beat Harwich’s Nick Goodwin back to first base.

Taylor used that energy to find a groove with a 1-2-3 second inning, but he ran into some trouble after loading the bases in the third. He induced a pop up and a soft groundout to get out of the jam.

In the fourth inning, Taylor worked around a one-out walk by striking out the side.

Taylor finished the day with 4+ IP, giving up two earned runs on four hits and three walks. He struck out six.

“I felt a little bit inconsistent in the strike zone, but I competed, so that worked out for me,” Taylor said. “My fastball was good, I got a few swings and misses on that. There wasn’t a lot of hard contact.”

Nova Southeastern’s Matt Kavanaugh got the call from the bullpen with the bases loaded and nobody out in the fifth. Kavanaugh got a ground ball double play and a pop up to end the inning, with just one run scoring from third on the double play.

“Having [Kavanaugh] coming in and being a ground-ball guy, he got a double play and he used the juice I left out there to get it done,” Taylor said. “It was legit stuff. I’m proud of him.”

Kavanaugh pitched lights-out the rest of the way, striking out four batters in four innings. He gave up just one hit, an infield single to Nick Goodwin, but he immediately picked Goodwin off at first. He threw 27 of 41 pitches for strikes.

At the plate, the offense got an early jolt in the second inning. Mike Boeve singled, then Long Beach State’s Johnny Long roped a double to center field, scoring Boeve all the way from first to give Y-D an early 1-0 lead.

But the offense couldn’t do much after that. The Red Sox managed just three more hits in the final seven innings. Boeve got a second hit, a double to left field, with two outs in the ninth, but Long struck out to end the game.

Y-D is back at Red Wilson Field Friday night against the Orleans Firebirds, with first pitch at 5 p.m. The Red Sox stay at home on Saturday for a 5 p.m. game against Harwich.