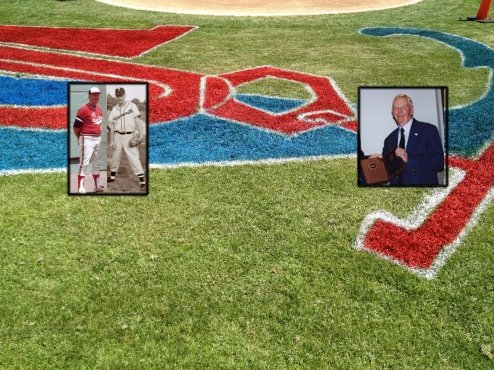 One of the most iconic figures in Yarmouth-Dennis Red Sox history, Merrill ?Red? Wilson passed away on April 13 at the age of 87. A legendary player, coach, and educator, Wilson was inducted into the Cape Cod Baseball League Hall of Fame as part of the inaugural Class of 2000.

?We are very saddened to hear of the passing of Merrill ?Red? Wilson,? said Y-D President Ed Pereira. ?Red was a tremendous man and his contributions to the Red Sox, the Cape League, and Dennis-Yarmouth Regional High School were immeasurable. He will be sorely missed.?

Born in Providence, R.I., Wilson starred in baseball and was an All-State hockey player at Hope High School, later continuing to shine in athletics at the University of Maine. While in Orono with the Black Bears, he earned All-Yankee Conference honors and captained the baseball team in his senior year.

After completing his college career, he became a teacher and coach at Lawrence High School in Fairfield, Maine, in 1952, leaving in 1955 to join the staff at Dennis-Yarmouth Regional High School, where he began a 28-year career as a teacher, administrator, and baseball and basketball coach.

?Coach Wilson was the absolute best fundamentals baseball coach you could hope to have,? said former Y-D general manager Jim Martin. ?He taught the game the way it was meant to be played. When I think of Coach Wilson, three words come to mind: pride, dignity and respect.?

A seven-time all-star as a catcher for the Yarmouth Indians in the Lower Cape Cod League, Wilson was named league MVP in 1961 and later served as manager of the Indians and their successors, the Yarmouth-Dennis Red Sox. During his tenure as manager, he led the Red Sox to a runner-up finish in the 1973 CCBL Championship. His playing and managerial careers lasted from 1957 until 1986.

?[Red] got me started coaching in the Cape League in 1971 with the Y-D Red Sox,? added former CCBL Commissioner Bob Stead. ?Beyond our professional relationship was our personal relationship. He was the most important male figure in my life. He just always did things right.?

Perhaps one of the biggest honors bestowed upon Wilson came in 1981, when the baseball field at Dennis-Yarmouth Regional High School, used by the school?s baseball team and the Y-D Red Sox, was renamed in his honor.

In 2008, Wilson was named an Honorary Captain for Y-D when the Red Sox faced Falmouth in the City of Champions Hall of Fame Classic at Campanelli Stadium in Brockton, Mass.

?Red is the one and only person we considered for this unique honor,? Martin said.