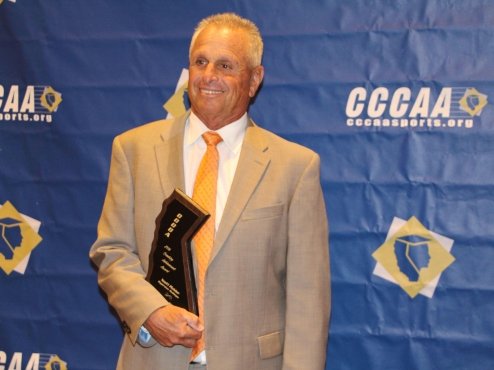 Pickler, who also serves as skipper at Cypress College (Calif.), received the honor at the CCCCAA ?Honoring Our Own? luncheon in recognition of his many years of service to his student-athletes, Cypress College, and California community colleges.

One of the most successful managers in franchise history, Pickler was named Y-D manager in 1997 and quickly established a winning tradition in South Yarmouth. Under his watch, the Red Sox have captured five Cape Cod Baseball League Championships (2004, 2006, 2007, 2014, 2015) and made the playoffs 12 times. Nearly 70 alumni from Pickler?s Y-D tenure have played Major League Baseball.