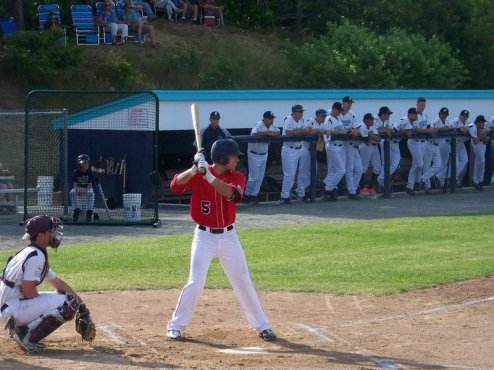 The Yarmouth-Dennis Red Sox traveled to Brewster to take on the Whitecaps at Stony Brook Field, ultimately losing 14-8 after the game was called due to sunlight, the game was another one for the Sox where bats were lively.

Between both teams, there were 28 hits in the game that was only played through the top of the eighth. The Sox recorded the only error in the game.

The Whitecaps took advantage of hitting to the gaps in the game. They hit four triples, two of which came from Jose Brizuela, whose speed allowed him to reach third base in two back to back at bats. Brizuela stood out in the game going two for three with three RBIs and walking once.

Standing out for the Sox were Robert Pehl and Taylor Smart. Smart hit a long two-run home run to left in the top of the fourth. Smart went one for four with two RBIs in the game. Pehl went two for four in the game and made his defensive debut for the Sox. The designated hitter pitched one complete inning and struck out two batters in the bottom of the seventh.

The Sox return home tonight to take on the Harwich Mariners at 5 p.m. EST. Check out our Facebook and Twitter pages for live updates and as always our own live broadcast.