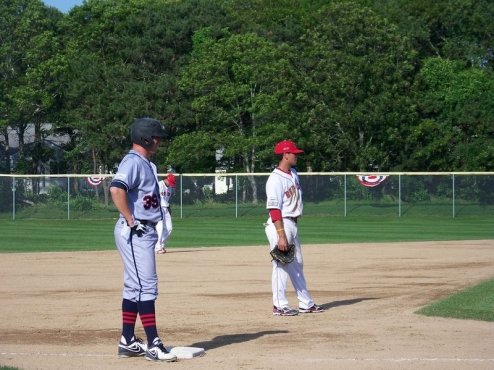 The Yarmouth-Dennis Red Sox came into tonight having allowed 31 runs in their last two games. The Harwich Mariners came to town and put up nine more runs, bringing the total to 40 runs over the past three games by Sox pitching.

The Mariners got on the board in the first and never looked back from there, scoring nine runs while shutting out the Sox offense, cruising to a 9-0 win. Gunner Heidt hit a grand slam in the third inning that blew the game open and gave the Mariners an early 8-0 lead. It was the third grand slam allowed by Sox pitching in the past two home games.

Dan Savas (Illinois State) also made his Sox debut on the mound and threw one inning, allowed a hit, struck out one, and didn?t allow a run.

With the loss, the Sox dropped their record to 3-7 overall. They will be back in action tomorrow night at Bourne to take on the Braves. Y-D?s next home game will be Tuesday as they host the first place Chatham A?s at 5:00pm.