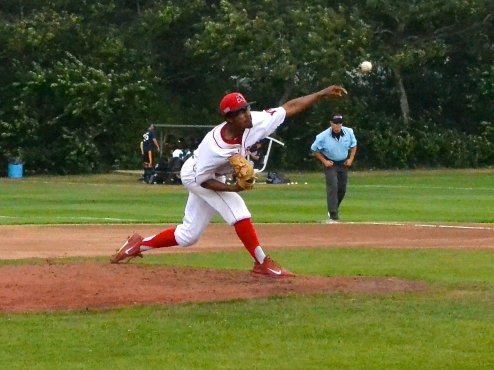 How They Got Here: Y-D swept Brewster in the Eastern Division Semifinals with 3-2 and 7-3 victories on Monday and Tuesday, respectively.

Orleans split its first two contests versus Chatham, with the Firebirds clinching the series on Wednesday after taking a 10-1 decision.

Series Notes: This is the fifth time since 2010 that the Red Sox and Firebirds have crossed paths in the Cape League postseason. In that timeframe, 2013 was the only season in which the teams did not meet.

In addition, Y-D advanced to the East Finals with victories over Orleans in 2011 and 2014.

The Red Sox defeated Orleans once during the 2015 regular season?a 5-0 shutout in which Brandon Bailey (Gonzaga) earned the win at Red Wilson Field on July 10.

Manager Kelly Nicholson led the Firebirds to a Cape League Championship in his first season at the helm (2005) and a runner-up finish in 2013. Nicholson previously served as the ?Birds pitching coach from 2001 to 2004.

Red Sox Sweep Brewster to Advance: After clinching a playoff spot on the regular season?s final day, Y-D moved on to the East Division Finals following two straight wins over the Brewster Whitecaps.

Fresno State product Ricky Thomas tossed six shutout innings in Game 2 Tuesday, earning the win after striking out seven Brewster hitters. He has not lost since arriving on the Cape.

Newcomers Come Through In Clutch: In just his second game with Y-D, right fielder Tyler Houston (Butler) one of three eighth inning runs en route to the Red Sox? 3-2 Game 1 win over Brewster on Monday.

Dallas Carroll (Utah), who debuted on July 23, also singled in the eighth to drive in Tommy Edman (Stanford).

Bennie and the (Sox): Entering in relief Monday, Vanderbilt?s Ben Bowden turned out another stellar performance as the Red Sox secured a win over Brewster Monday.

The southpaw and Lynn, Mass. native scattered four hits over 4.2 innings and kept his 0.00 ERA intact.

Noda also hit a two-out, two-run double in the second inning of Game 2 to give Y-D its first two runs of the contest.

Pick?s Playoff Push: At the helm of the Y-D Red Sox since 1997, this is Scott Pickler?s 12th playoff appearance with the Red Sox.

Around The Cape League: The winner of this series will advance to the best-of-three Cape League Championship, facing either Hyannis or Bourne.