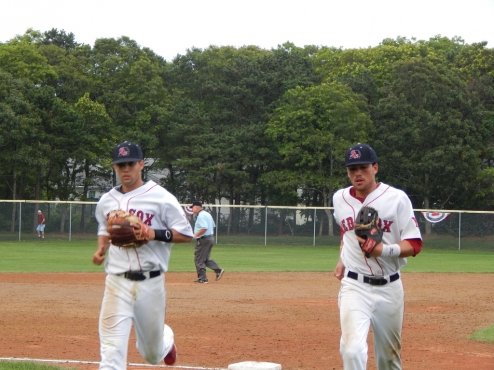 James Kaprielian tossed six innings of one run ball and earned the no decision in a 4-3 YD Sox victory over the Orleans Firebirds. Orleans dropped their fifth straight game and are now 2-9 in their last eleven games.

Kaprielian ran into trouble in the second inning where he allowed his only run of the ballgame on a sac fly from his UCLA teammate Kevin Kramer. The Sox offense struggled to gather runs off of Firebird starter Corey Miller, but finally got to him in the sixth with a run of their own to tie the game at 1-1.

Alex Blandino led off the sixth with a double, DJ Stewart then singled and moved Blandino to third. Robert Pehl then came to the plate and hit into a double play, which allowed Blandino to score from third and tie the ballgame.

Jose Trevino would give the Sox some insurance in the bottom half of the eighth with a two run home run to take a 4-1 lead. Trevino?s homer turned out to be crucial as the Firebirds rallied for two runs in the ninth off of YD closer Darrell Hunter, but came up just short, losing the game 4-3.

The Sox are back in action tomorrow night as they travel to Falmouth. First pitch is set for 6:30pm.