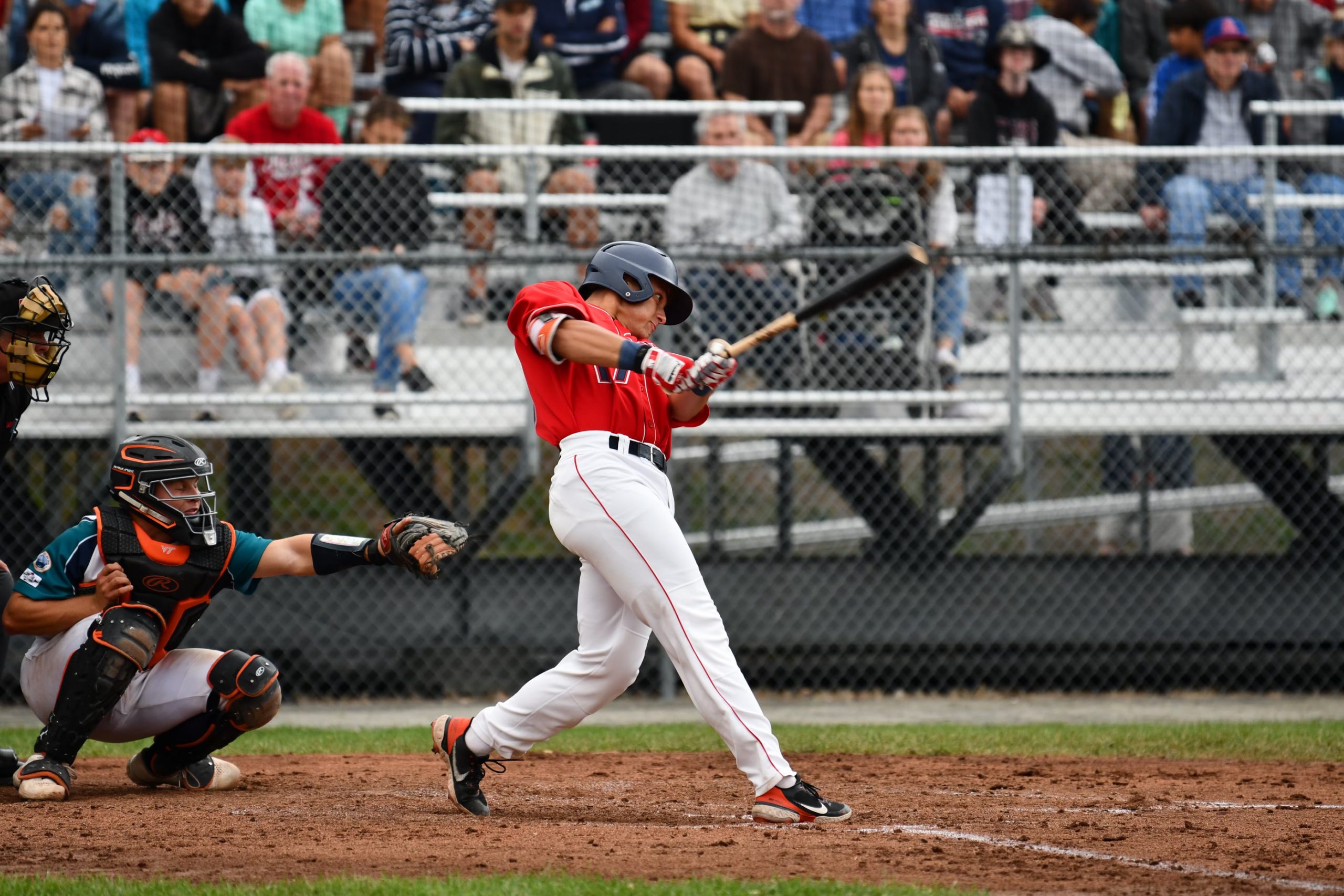 BREWSTER– Yarmouth-Dennis took the road to face off against the first place in the east Brewster Whitecaps on Sunday night. After a tough 5-2 loss on Saturday, the Red Sox looked for revenge and hoped the bats could come alive.

In the bottom of the second, the Whitecaps struck first with one out and runners on first and third Tyler Dellerman ripped a single to center field to score the runner from third and put Brewster up 1-0.

The Whitecaps tacked on another run to make it 2-0 in the bottom of the third with a sac fly off the bat of Chris Lanzilli. Trailing by two heading into the top of the fourth it was looking as though Y-D’s offense was going to struggle, only recording one hit through the first three frames.

The offense started to roll for the Red Sox in the top of the fourth when Brooks Lee ripped a leadoff single to center field. Dominic Keegan followed up with a single to left field, moving Lee to second. Chase Luttrell also had a base knock to load the bases for Tanner Smith. Smith reached on a fielder’s choice to shortstop, scoring Lee from third base. With two outs and runners on first and third Zach Lew rifled a 2-RBI double down the right-field line to make it 3-2 Y-D. The Red Sox weren’t done yet though, Cade Hunter roped a double off the center-field fence to score Lew from second adding to the lead.

Brewster scored with two outs in the bottom of the inning on with error by Wyatt Hoffman making it a one-run game.

The Whitecaps got another run in the bottom of the sixth inning on a single to left field by Trey Faltine scoring the runner from second base and tying the game. That was the end of the night for relief pitcher Jacob Meador who pitched 3.2 innings allowing two runs on two hits and striking out five Brewster batters.

Y-D had opportunities to score in the later innings but left five runners on base. In the seventh, the Red Sox left the bases loaded, and in the eighth left runners on first and third.

CJ Culpepper shut the door on the Whitecaps pitching two innings allowing one hit and striking out four of the seven batters he faced.

The game was called an inning early due to darkness and finished in a 4-4 draw. This was the seventh tie of the season for the Red Sox and the third against the Whitecaps.

The offense showed improvement tallying nine hits, doubling the whitecaps total hits. This included a 2 hit game for Brooks Lee posting a .353 batting average (18 for 51) on the season.

The Red Sox still have a chance of making the playoffs. They have to start picking up wins and hope for things to go their way throughout the rest of the division.