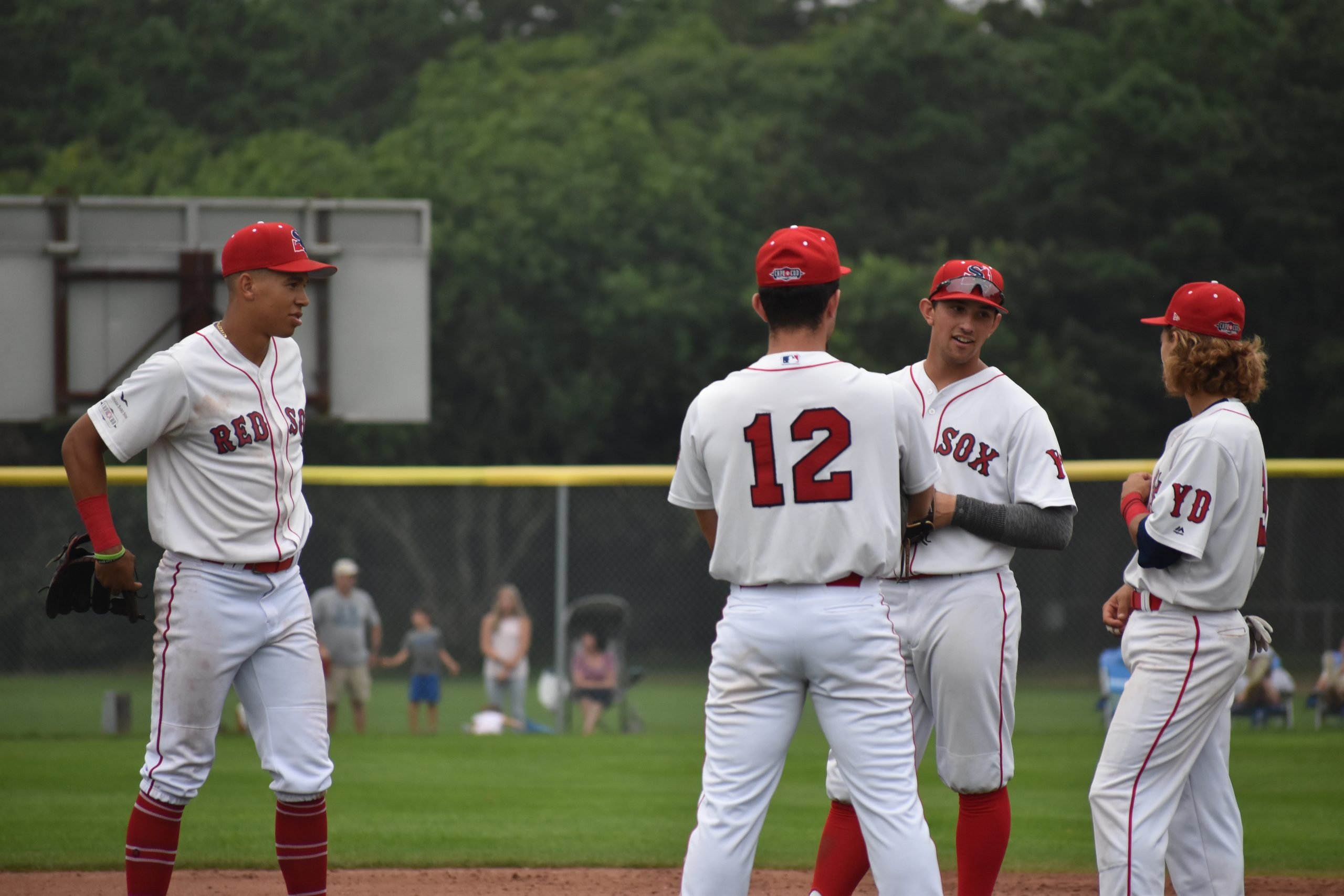 On Monday night the Red Sox were back at Red Wilson Field for a matchup against the Wareham Gatemen of the West Division. Coming off of a tie against Brewster on Sunday, the Red Sox entered Monday’s game determined to collect their first win since Tuesday of last week.

As the days go by, the Red Sox continue to slide further and further away from a shot at regaining second place and that trend continued as the Red Sox fell to the Gatemen 12-2 in a seven inning ballgame.

Y-D pitcher, Luis Ramirez, was granted his sixth start of the season but it would not last long. Coming into the game, Ramirez had pitched at least five innings per start this summer. On Monday he would go for two innings giving up two hits, two walks, and four runs.

Ramirez would be pulled in the top of the third inning leaving men on second and third with no outs. He was replaced by Ross Dunne who struck out Gatemen slugger, Owen Diodati, for the first out of the inning and later gave up a grand slam to Kamren James that would extend the Wareham lead to 6-0.

The Red Sox would give up four more runs in the fourth inning, and another two in the seventh for a total of 12 runs on eight hits for the Gatemen.

Y-D was not nearly as successful on offense, as they gathered just two runs on five hits while drawing no walks and striking out six times.

The only bright spots for the Y-D offense came from Brooks Lee and Cade Hunter. Lee led off the bottom of the sixth with a ball driven to deep center field for his fourth home run of the season and Y-D’s first run of the game.

Hunter would follow with a home run in the seventh inning that would soar over the right center field fence and land somewhere deep into the trees beyond the outfield. The ball was absolutely smoked, and counts as Hunter’s first ding piece of the year.

By the end of the seventh inning, the umpires would call the game for darkness, giving the Red Sox a loss and dropping their season record to 11-12-7. The seven ties are proving to hurt Y-D who have more ties than any other team in the league.

Playoff dreams are beginning to fade away for the Red Sox, but they have a chance to gain a game back as they take on the second place Harwich Mariners on Tuesday night at Whitehouse Field with first pitch being delivered at 6:30.

In their five head to head matchups this season, Y-D has gone 2-2-1 against Harwich. They hope to take the season series against the Mariners and find a way to rally in a big way with only eight games remaining on the regular season schedule.