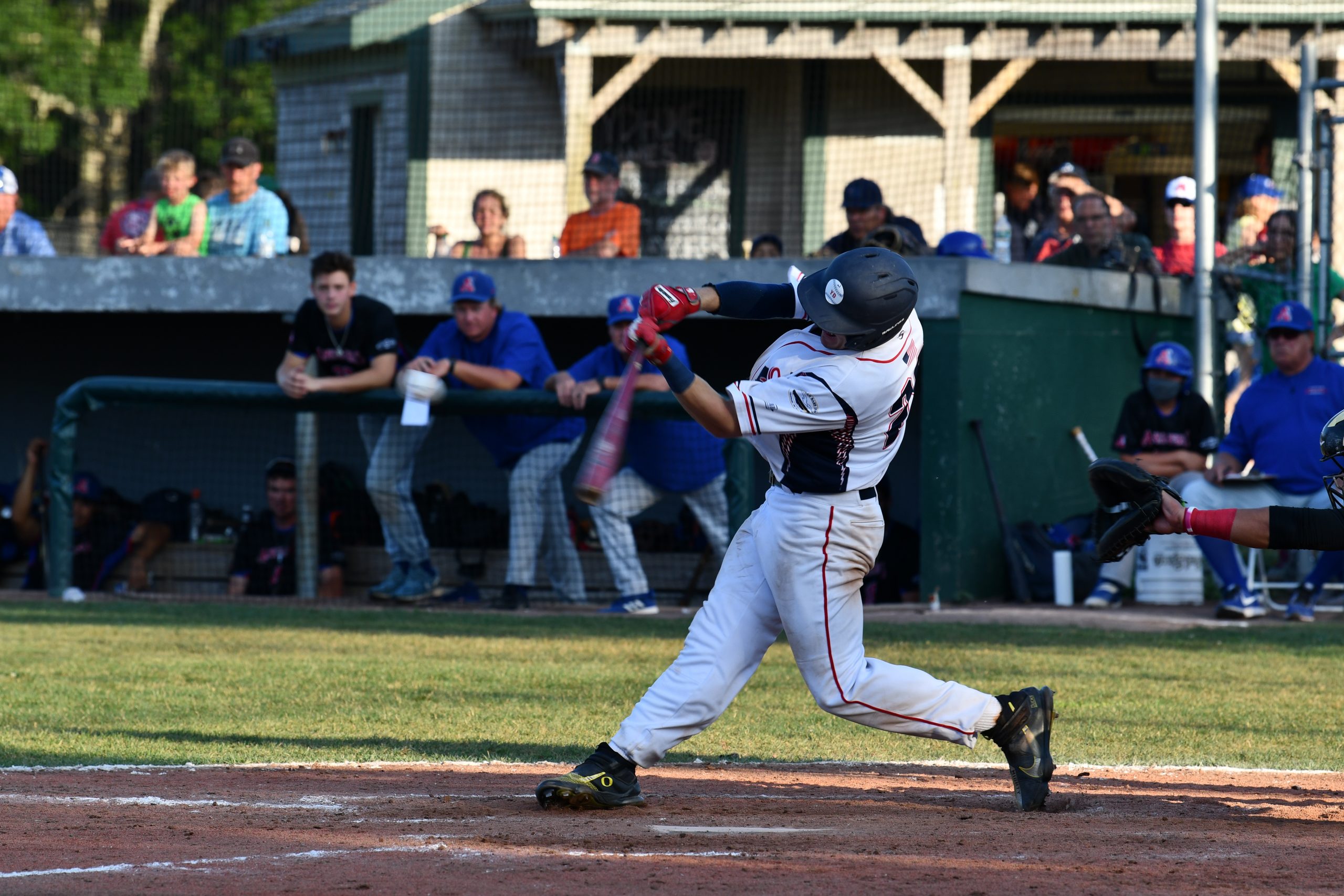 Heading into the final three games of the regular season, the Y-D Red Sox have officially been eliminated from playoff contention. This does not, however, mean that the team would sit around and play lazy baseball for the rest of the summer and that was proven on Monday night.

The Red Sox played phenomenally in both phases of the game as the Chatham Anglers came to town for the final East Division matchup of the year for Y-D. The quick nine inning game ended with a final score of 8-1 and a third consecutive Y-D victory.

Jacob Meador took the start for the Red Sox and got things going from the very beginning with a 1-2-3 inning in the first. As the second inning rolled around, Meador gave up a home run to Chatham’s Lyle Miller-Green giving the Anglers a 1-0 lead. That would be the only run Chatham scores for the remainder of the contest.

Meador got out of the second inning, and was nothing but dominant for the four innings that followed. He finished the night with six innings pitched, giving up one run on four hits, and gathering eight strikeouts. Meador earned every bit of the win and improves his season record to 2-0.

The outstanding performance on the mound did not stop there for Y-D as CJ Culpepper came in for relief of Meador and delivered three scoreless innings of quality baseball. He gave up just two hits, collected three strikeouts and earned the save.

On offense, the Red Sox were just as effective. In the bottom of the second with two outs, Zach Lew started a rally for Y-D with a base hit to right field. Drew Bowser followed that with a walk on a full count. Cade Hunter put the finishing touches on the rally with a double off the right field fence to score Lew and tie the game. Bowser was caught at home plate for out number three courtesy of a strong relay by the Anglers, but Y-D was able to tie the game 1-1.

In the third, Tanner Smith started a second rally with two outs after a single to right. Brooks Lee then stepped into the batters box, and after seeing a few pitches he squared one up and sent it flying into the woods beyond the center field fence. This broke the tie and gave Y-D a 3-1 lead.

The Red Sox never looked back from that point on, picking up another run in the fourth, two in the fifth, and two more in the eighth.

Several Y-D players had great days at the plate including Lew and Lee who each had multi-hit games. They both scored two runs apiece for the Red Sox and were instrumental components to Monday night’s win.

The player of the game, however, was Tanner Smith who delivered a three hit night on three at-bats. He drove in three runs including his fourth home run of the season.

The Red Sox look to continue their winning streak on the road Tuesday night as they take on the Cotuit Kettleers at Lowell Park. First pitch will be thrown at 4:30 pm.