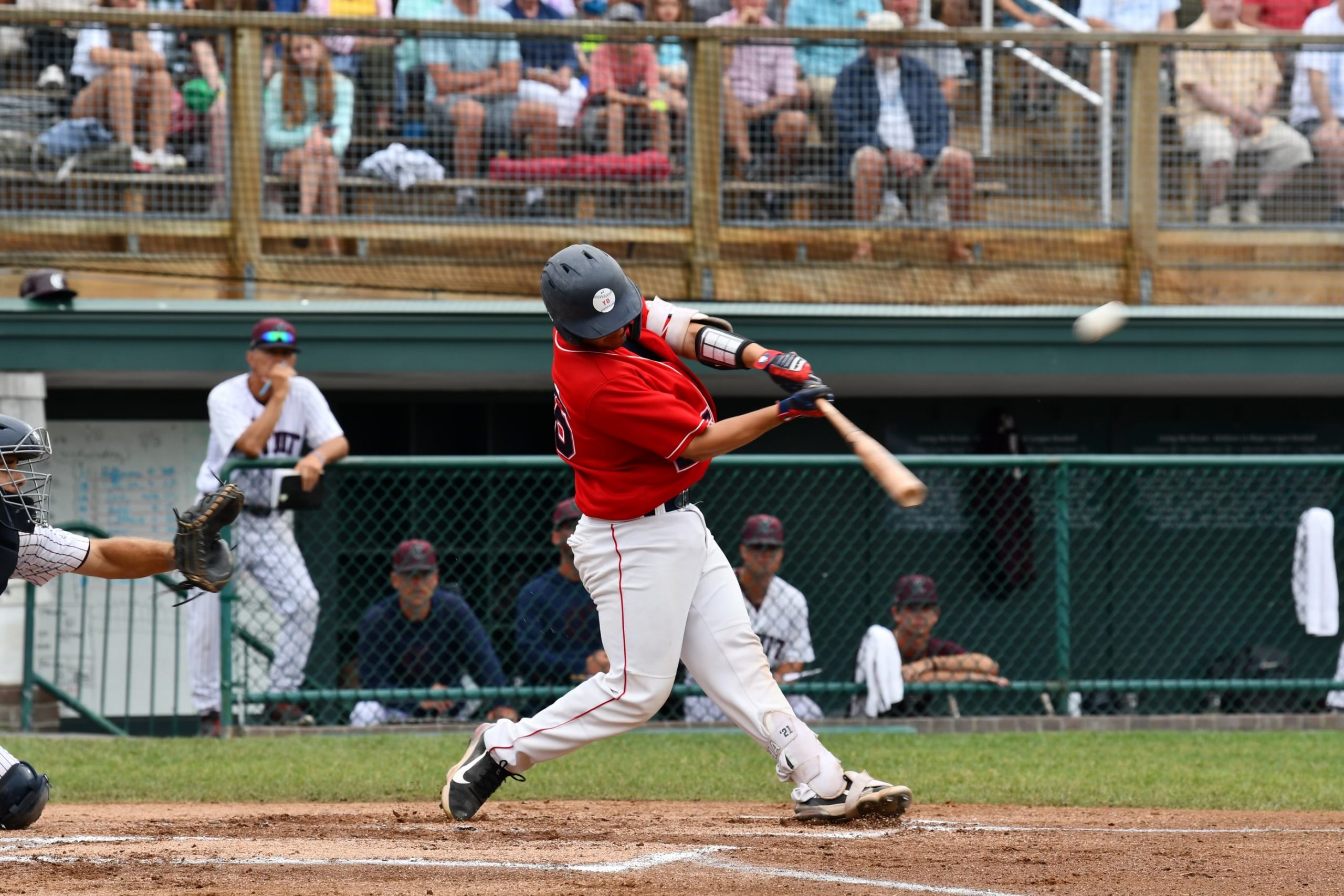 The Red Sox traveled to Cotuit on Tuesday for the first time this season to take on the Kettleers. Y-D has been on a four-game win streak and the team is playing exceptional baseball late in the season. However, that win streak would come to an end on Tuesday night. After a five-run first inning, the Red Sox fell to the Kettleers 10-5.

The Y-D offense got started in the first inning with lead-off back-to-back singles by Wyatt Hoffman and Tanner Smith. Brooks Lee followed up with a walk to load the bases for Kody Huff. On a 0-2 count Huff sent a blast to left-center field clearing the fence for a grand slam to give the Red Sox a 4-0 lead early in the ball game. That was Huff’s fourth home run in the Cape and his first grand slam of the season. Later in the inning, Cade Hunter, who singled earlier in the inning, would come home to score on a passed ball making the lead 5-0 Y-D in the top of the first.

The Lead did not last long for Y-D and after a 1-2-3 inning in the first Zach Jacobs ran into trouble in the bottom of the second. Cotuit tied the game with five hits and two errors by the Red Sox defense. The score was tied 5-5 heading into the top of the third inning.

The Red Sox offense had opportunities in the middle innings, but could not capitalize stranding seven runners on base.

In the bottom of the seventh inning, Cotuit extended their lead scoring three runs to make it 10-5. The Red Sox could not rally back in the later innings and did not score a run after the first inning explosion by the offense.

Terry Murray made his CCBL debut pitching a scoreless eighth inning for the Red Sox allowing only one hit.

The Red Sox will play their final game of the season on Wednesday at Red Wilson Field against the Kettleers and look to end the year on a high note.