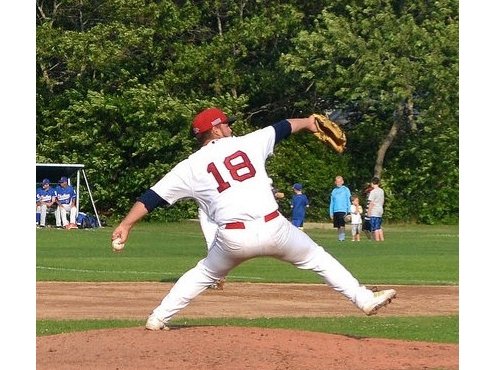 SOUTH YARMOUTH ? The Brewster Whitecaps (12-11 / 24 points) scored two runs in the top of the first inning and never looked back ? winning the second game of a home-and-home series against Yarmouth-Dennis (11-13 / 22 points), 9-4, Wednesday evening at Red Wilson Field

The game was called in the eighth inning due to darkness.

Y-D starter Brett Adcock (2-3 / 5.95 ERA) took the loss in his shortest outing of the year giving up six earned runs on 12 hits in three innings of work ? including back-to-back home runs to Robbie Tenerowicz and Cassidy Brown. After allowing only six combined hits in his previous two starts ? both victories ? Adcock allowed five straight hits to start off the game.

The Y-D bullpen offered little relief in place of Adcock as Chris Viall (Stanford / 17.18 ERA) failed to record an out in the fourth inning and walked the bases loaded on 14 pitches. In his last three appearances he?s retired one batter while allowing seven runs on six hits and issuing four walks.

Evan Bell (Indiana / 0.82 ERA) entered the game in a tough spot and nearly worked his way out of it unscathed. Bell got the first two men out before surrendering a bases-loaded walk followed by a 2-RBI single via designated hitter Tyler Ramirez.

Brewster blew the game open 9-2 after the top half of the fourth inning.

Right fielder Cole Billingsley (South Alabama) extended his hitting streak to six games after a single to lead off the game for Yarmouth-Dennis. The team?s leading RBI-man (12) has brought his batting average up to .286 with a .356 on-base percentage after a two-hit performance. Billingsley also scored the first two runs of the game for the Red Sox.

Speaking of streaks, second baseman Tommy Edman (Stanford) followed up Billingsley?s lead-off single with a hit of his own and extended his Cape League-leading 19-game stretch of reaching base safely. He?s now reached base in 34 of his last 35 games with an 0-for-1 performance on June 13 his only blemish. ?He upped his team-leading batting average to .314 with a two-hit performance on the evening.

First baseman Ryan Noda (Cincinnati) and center fielder Stephen Wrenn (Georgia) are in an arms race for the team?s lead in home runs. Wrenn led-off the fourth inning with solo shot to centerfield on the first pitch of the inning ? breaking a three-way tie between himself, Noda and designated hitter Gio Brusa (Pacific) with two apiece. Three-innings later, however, Noda answered back with a first-pitch lead-off blast of his own.

A day after Boston Red Sox utility man Brock Holt ?was elected to the American League All-Star game, the Y-D Red Sox showed off their own Swiss Army knife positional player. While Holt has played at every position except pitcher and catcher, Y-D utility man Connor Wong (Houston) replaced catcher Nathan Rodriguez in the seventh inning ? making it his sixth position played for the Red Sox (SS, 3B, 2B, 1B, RF).

Yarmouth-Dennis will look to pass the Harwich Mariners (11-12-1 / 23 points) for fourth place in the East Division as the two teams face off at Red Wilson Field tomorrow at 5 p.m.