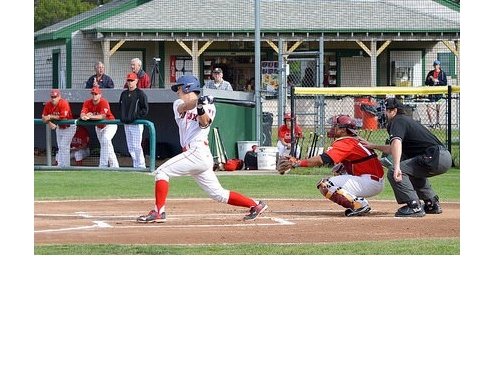 On May 19th he was named to his second-straight All-Big 12 First Team after leading the Cowboys with a .326 batting average. Two weeks later Walton was selected in the 23rd round of the MLB Entry Draft by the Milwaukee Brewers. Then a game into Y-D?s season he decided to re-join the Red Sox middle infield and spend the summer on Cape Cod.

?I had no doubts that I wanted to bring Donnie back if he didn?t get drafted high enough,? manager Scott Pickler said. ?When you get a guy who understands the way to play the game, you don?t want to let them go. People feed off his intensity and the way he plays.?

And now, Walton received the Coca-Cola Player of the Week award for the second week of the Cape League season. He went 10-for-19 with a .526 average while knocking in three runs and stealing two bases in four games last week.

So many accolades in such a short period of time.

?It was something I?ve dreamt about since I was a kid,? Walton, humble in nature, said. ?I?m thankful to be healthy and playing again.?

There was a time at the start of the season where all of his recent successes were held in limbo. On February 13, the season opener on the road against Arizona State, Walton left with a dual-fracture (hamate and hamate hook) in his right hand ? causing the Cowboy the miss the following 19 games on the season.

?It was tough ? especially because we went into the season with such high expectations. It was just something I had to get through ? facing adversity early on,? Walton said.

The shooting pain from his wrist that extended to his fingertips caught his attention a few days prior, but thought nothing more than a bruise from the knob of the bat. But after taking batting practice at Arizona State, the nerve damage from the broken bones caused his fingers to swell up and required surgery.

Now 100 percent healthy, Walton has turned himself into the best hitter in the Red Sox lineup early on. The team?s hitting coach, Roberto Mercado, has had to devote little time to tweaking Walton?s swing.

?He?s been phenomenal since he?s got here. There?s not a whole lot to change with his swing. It was just a matter of getting his timing down. He?s the ideal number three hitter for us,? Mercado said.

Pickler finds his knowledge and level of professionalism refreshing.

While the coaches have rave reviews for Walton in his second stint with the Red Sox, Walton is just thankful for the opportunity to produce.

?This league will definitely test your mental toughness. Hopefully I can keep it going.?