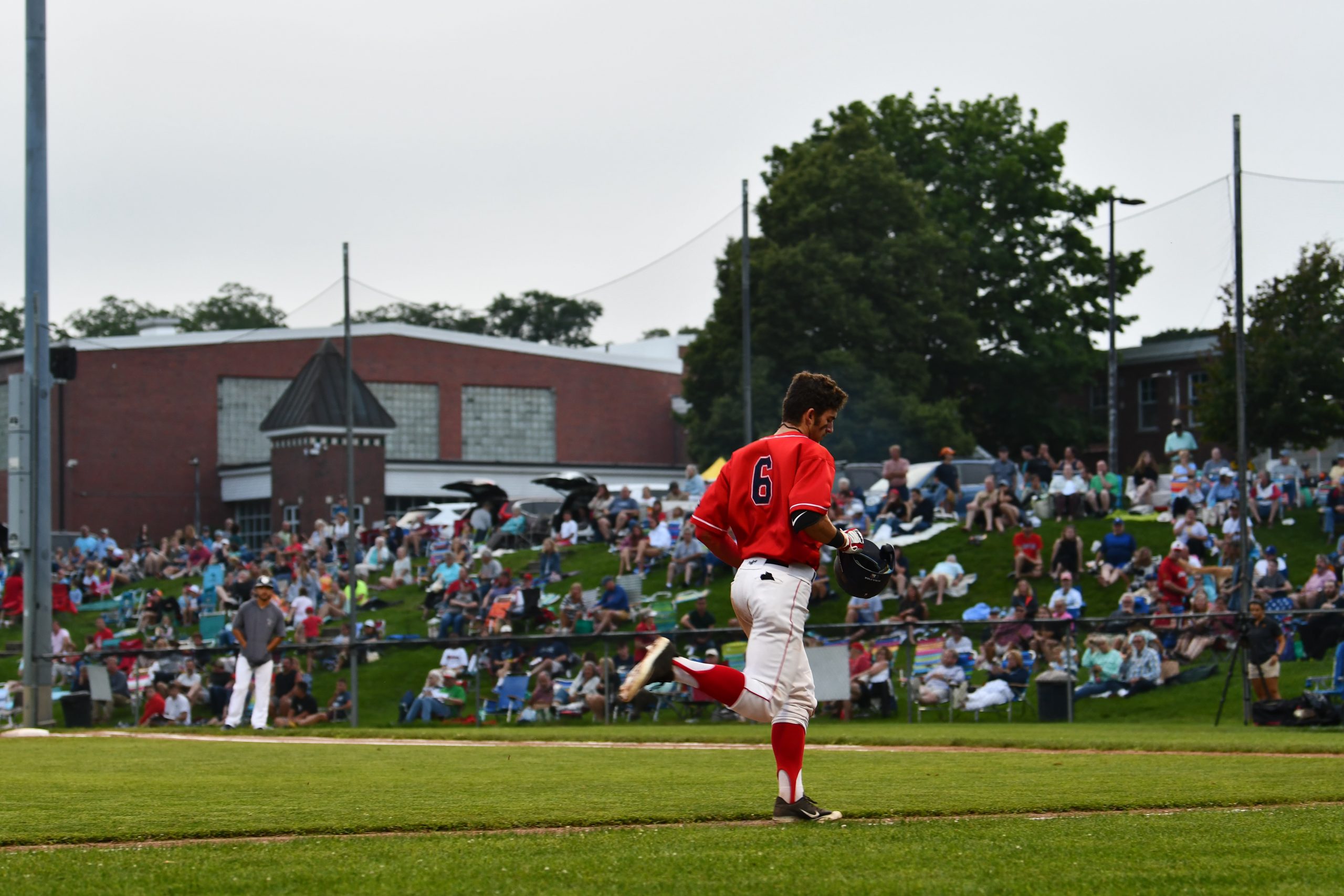 ORLEANS– The Red Sox traveled to Eldridge Park for a game under the lights against the Orleans Firebirds. Y-D and Orleans faced off at Eldridge Park earlier this season that resulted in a 0-0 draw. This game had a similar result, the game finished with a 3-3 tie. This was Y-D’s fifth tie of the season due to the new rule of no extra innings.

Through the first two innings, it looked like we were going to have another pitcher’s duel on our hands with both pitchers dominating. However, in the bottom third inning Orleans struck first on a solo blast to left field by David Marcano to put the Firebirds up 1-0.

Y-D got on the board in the top of the fourth inning with a lead walk by Peyton Graham and a single by Kody Huff. With one out and runners on first and second Chase Luttrell ripped an RBI triple to center field, scoring Graham and Huff. A wild throw by the shortstop on the relay to third base allowed Luttrell to take home making it 3-1 Yarmouth-Dennis.

Y-D starting pitcher Adam Maier settled down in the 4th inning and posted a stat line of 4.1 innings pitched allowing two runs on three hits while striking out six batters. Maier got into some trouble in the fifth inning allowing a run to score on a sacrifice fly and only retiring one Orleans batter before being replaced by Jaret Godman. Godman got out of the jam striking out the two batters he faced in the fifth inning.

As the fog started to roll in, Orleans tied the game up in the bottom of the sixth inning on a solo home run to left field by Luke Keaschall.

With the game all knotted up at 3-3, Reid McLaughlin took the mound for the Red Sox retiring all six batters he faced and striking out three.

The offense sputtered for the Red Sox, recording only five hits and Wyatt Hoffman continued to swing a hot bat; he is currently batting .309 on the season.

The Red Sox have fallen to third place in the East Division behind Brewster and Harwich. They currently sit two points behind Harwich and three points behind Brewster. The good news is that Y-D will have a chance to gain some ground on Harwich this week as they play them on Monday and Wednesday.

Hopefully, the bats will heat up for Y-D as they face off against Orleans (8-8-4) at Red Wilson Field on Sunday.