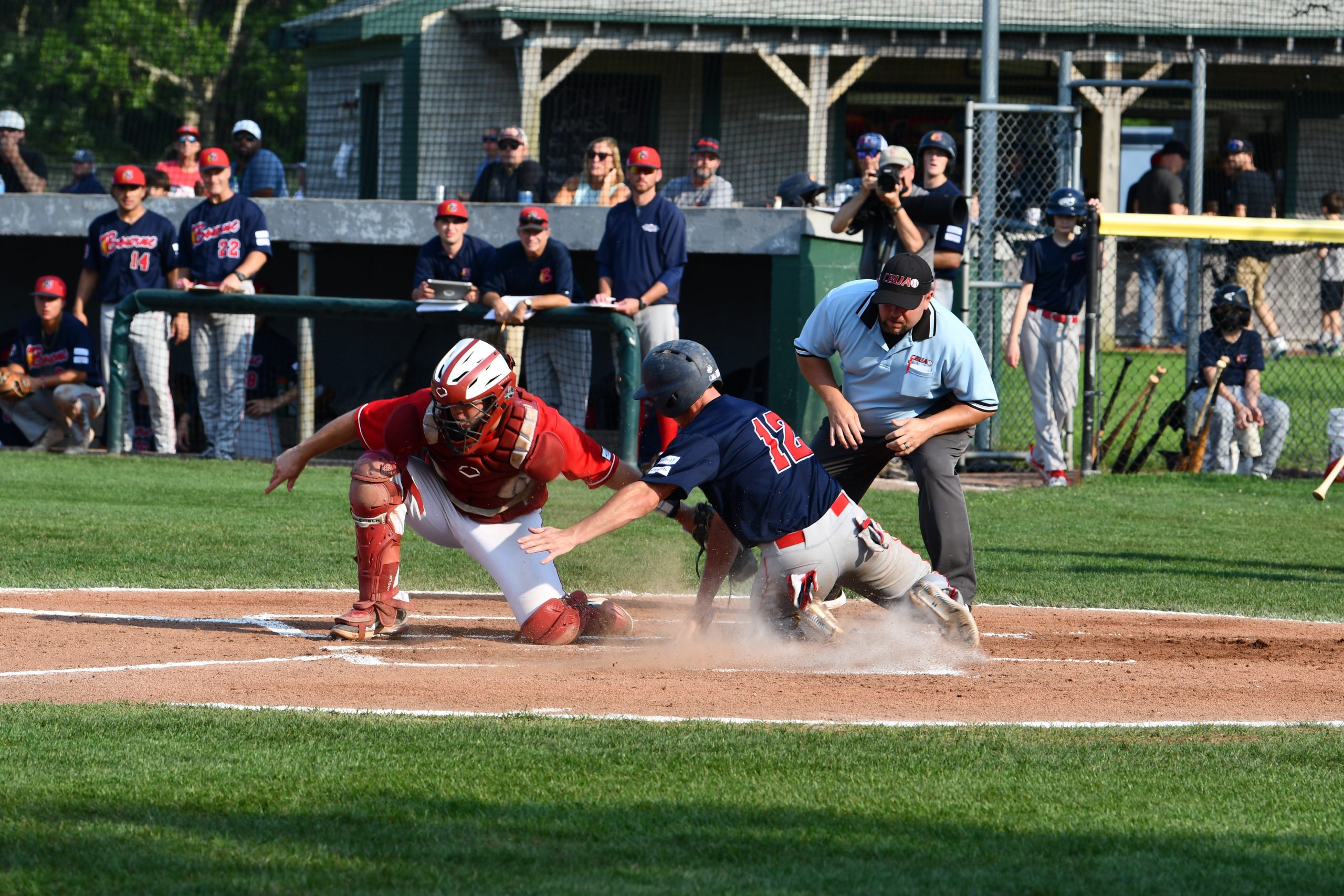 YARMOUTH — Another tough matchup came before the Red Sox on Friday night as the Bourne Braves were in town for their second head to head game this season. The Braves came into the game with a 14-2-3 record that tops the Cape league by a wide margin.

The Red Sox had their hands full from the very beginning when the Braves’ second baseman, Christian Knapczyk, led off with a walk in the top of the first and later found his way to third base.

With two outs, Braylen Wimmer came to the plate and hit a hard line drive off the left field fence for a double that would score the first run of the game and give Bourne the 1-0 lead.

Cayden Wallace continued the inning with a walk, and then Colby Thomas took care of business with a blast over the center field fence that would put the Braves ahead 4-0 before the Red Sox even had a chance to bat. This would end the night for Y-D’s starting pitcher, Nolan McCarthy, who finished with .2 innings pitched, 2 hits, 2 walks, and 4 hits.

Jared Lyons came in for McCarthy and picked up a quick strikeout to end the top of the inning. Lyons would go on to pitch four more solid innings and give up just one run on three hits.

The Red Sox defense got flashy for Lyons in the second inning to keep the game within reach. Wyatt Hoffman made a spectacular grab with a leaping effort to make the second out of the inning while sprinting into the outfield.

The inning then ended with a ball roped down the left field line, but a perfect relay from Tanner Smith to Peyton Graham to Kody Huff, who tagged the runner out at the plate, prevented a run and ended the inning.

Heading into the bottom of the fourth, Bourne had extended their lead to 5-0 thanks to a Tanner Schobel home run. Chase Luttrell wanted to start chipping away at the deficit and that is exactly what he did with a double into right center field. Luttrell would then come around to score after the next batter, Crew Robinson, followed up with a double of his own to make it a 5-1 ballgame.

Tough sixth and seventh innings would put Y-D in an even bigger hole as they would find themselves down 8-1 heading into the bottom of the ninth. The ninth has been their bread and butter all season, and one big rally could keep that trend going.

Kody Huff started the inning off by reaching first on an infield error. Peyton Graham would then walk to put two men on and no outs. After a fly out for the first out of the inning, Crew Robinson came to the plate and hit a bomb over the right field fence for three runs that would give the Red Sox some hope.

Drew Bowser immediately followed that up with a home run of his own into right field and made it a three-run game.

The magic would run out there for Y-D as the following two batters each struck out to end the game, 8-5 in favor of the visiting Bourne Braves.

This marks a two game losing streak for the Red Sox, as they look to get back on track with a win over the Orleans Firebirds tomorrow night at 7:00 pm. The two teams have squared up three times so far this season with Y-D winning two and tying in the other.

The Red Sox overall record drops to 9-8-4 putting them in second place of the East Division.