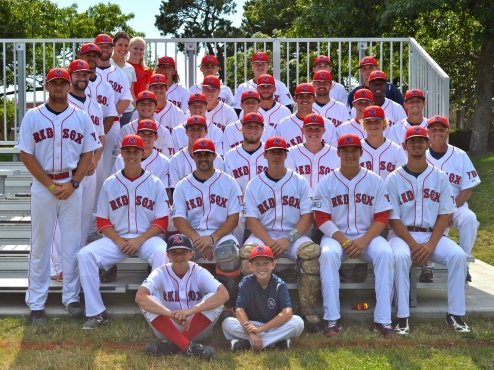 Hope International, which is a private Christian university located in Fullerton, Calif., is a member of the NAIA?s Golden State Athletic Conference (GSAC).

?I am extremely honored to the named the new head coach of the Hope International baseball program,? Pfohl said. ?This proud university deserves to have another successful sports program that represents it as well as its core values.?

Pfohl, who in 2014 helped lead Y-D to its first Cape League Championship in seven years, will spearhead development of the HIU Royals baseball program as it prepares to begin play in the 2016 season.

?Erich is a dedicated coach who did a tremendous job last summer [on] the Cape,? said Y-D President and General Manager Steve Faucher. ?Information is the key to success, and with the mind of a statistician, Erich was able to break down player characteristics, which gave Y-D the advantage especially during the playoffs.?

In part a result of Pfohl?s contributions, the Red Sox finished the 2014 Cape League regular season third in the East Division (24-19-1) with 49 points. Y-D then defeated Orleans, Harwich, and Falmouth in the playoffs en route to the league title.

Prior to his time with Yarmouth-Dennis, Pfohl served a number of roles at Cal State Dominguez Hills, an NCAA Division II school. In his position with the Toros, he was an assistant coach and the athletics facility coordinator.

The San Francisco native also spent time in coaching capacities with Vanguard University and the Mankato Moondogs, the latter of which is a member of the Northwoods League.

A 2007 graduate of Whittier College, Pfohl and his wife, Kristina, were married in November 2014.