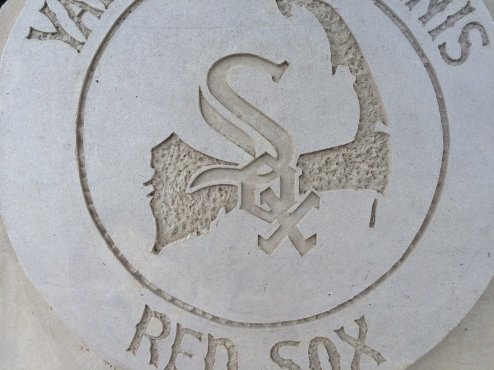 The Yarmouth-Dennis Red Sox returned home on Saturday to take on the Cotuit Kettleers at Red Wilson Field. The Sox used back-to-back home runs from Vincent Jackson (Tennessee) and Andrew Stevenson (LSU) and a bizarre five-run eighth inning to defeat the Kettleers 9-1.

Y-D?s lineup provided plenty of run support for starting pitcher Justin Jacome (California-Santa Barbara) throughout the game. The bottom of the order was especially impressive as the seven, eight, and nine hitters went a combined 6-for-8 with three RBIs. The Red Sox put three runs on the board in the third inning on back-to-back home runs from outfielders Vincent Jackson and Andrew Stevenson. The Sox extended their lead to 4-1 in the sixth on an RBI single by AJ Simcox (Tennessee) that scored Jason Goldstein (Illinois).

The Red Sox put the game out of reach in the eighth, scoring five more runs in a bizarre and uncommon way. Despite allowing only one hit in the inning, the Kettleers surrendered five runs in an inning that included two errors, two walks, two hit-by-pitches, two passed balls and one wild pitch. At one point, Kettleers pitcher Mason Klotz (Southeastern Louisiana) allowed four runs on four pitches. With the bases loaded, Klotz hit Stevenson, threw a wild pitch, and then catcher Casey Schroeder (Polk State) allowed two straight passed balls, as the Red Sox extended their lead to 8-1. Finally, an RBI single by Hunter Cole (Georgia) scored Donnie Walton (Oklahoma State) to give the Red Sox a 9-1 lead.

Four different Red Sox pitchers were exceptional and never allowed Cotuit to make the game interesting. Starter Justin Jacome pitched five and two-thirds scoreless innings, and struck out two to earn his first win of the season. Pitchers Doug Willey (Franklin Pierce), Dimitri Kourtis (Mercer), and Josh Pierce (Kent State) were solid out of the bullpen, allowing only one run in three and a third innings of relief.

It was as complete a game as the Red Sox have played all year and hopefully a sign of things to come. With the win the Red Sox improved to 4-6 on the year, and hope to move closer to .500 when they travel to Doran Park on Sunday, June 22 to take on the Bourne Braves in a double header. First pitch for game 1 is set for 4:00pm.