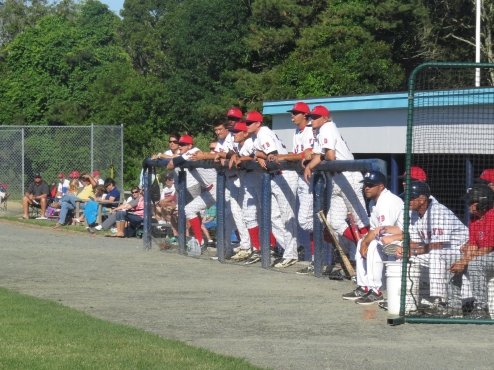 Looking to continue its offensive success from Thursday night at Falmouth, Y-D made its first trip to Brewster in 2014 and first since July 19, 2013?an 8-4 victory for the Whitecaps.

Rising junior Michael Murray took the hill for the Red Sox, pitching five innings and being tagged for three runs over the course of his outing. Y-D?s bullpen once again shined in the loss, facing two batters over the minimum and holding the Whitecaps to two hits.

The ?Caps opened the scoring in the second inning, with Brusa scoring the game?s first run. He led off the inning with a single, then stole second and advanced to third on a fly out, scoring when Josh Vidales singled. Dalton DiNatale then added Brewster?s second run after a sacrifice fly by LeMonte Wade.

Brusa led off the fourth by smacking a triple to deep right-center field and scored when DiNatale hit a bloop single to center, giving the Whitecaps a 3-0 lead.

Brewster starter Ryan McCormick highlighted the evening?s pitching, tossing 5.2 innings of one-run ball and throwing 76 pitches. The St. John?s rising junior did not allow a runner past second until the sixth inning, when Y-D secured its first major offensive opportunity.

The first three Red Sox batters reached to begin the inning and Jordan Tarsovich reached on a fielder?s choice that allowed Nico Giarratano to score the first run for the visitors and cut the deficit to 3-1. The Red Sox later left the bases loaded after pinch-hitter Michael Foster grounded out to end the threat.

Brewster responded in the seventh when Justin Montemayor singled to left center, plating Vidales and padding his team?s lead with the game?s final run.