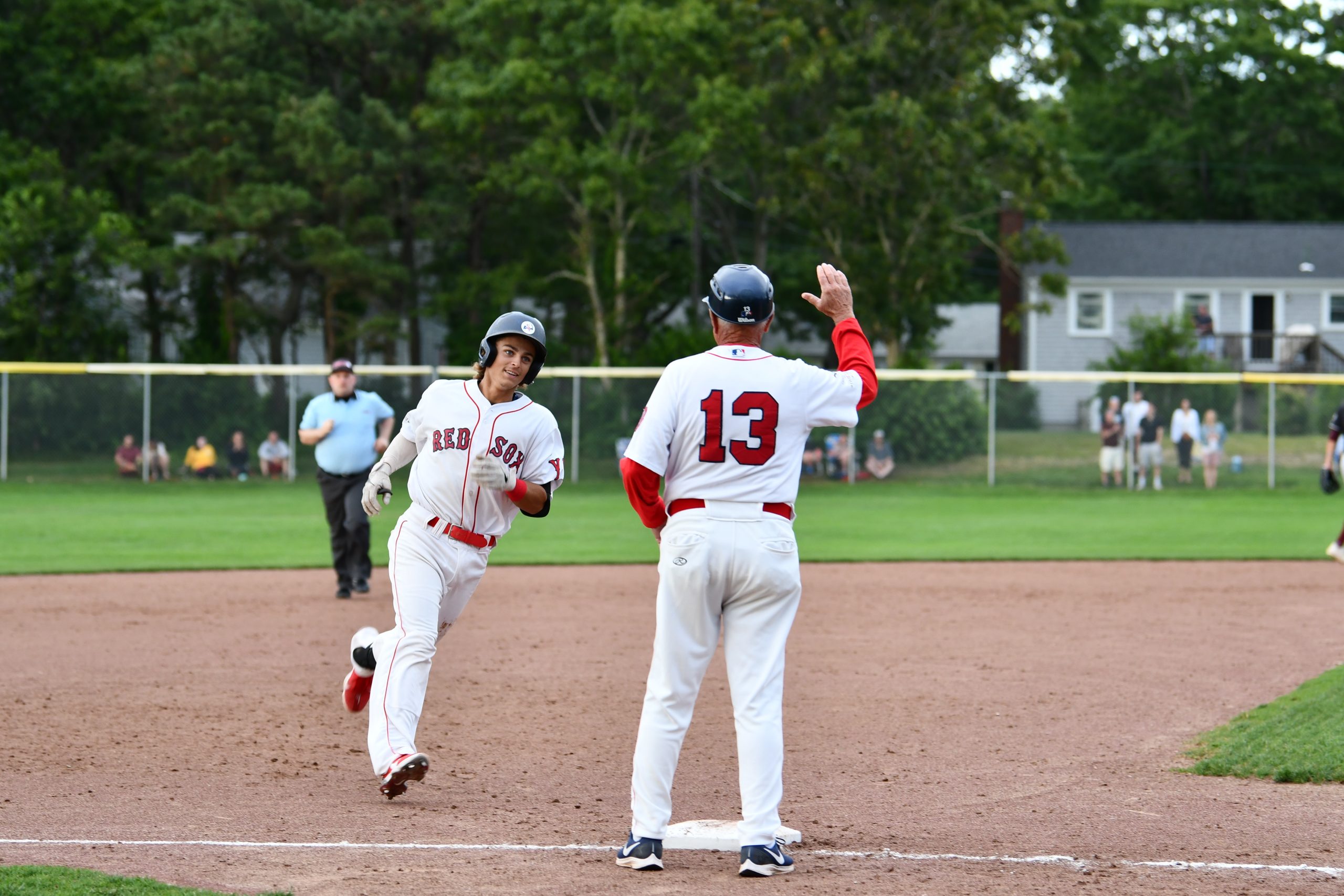 A seventh inning three-run blast by Wyatt Hoffman wins the ballgame for Y-D as the Commodores came to town on Monday night for their first matchup of the season.

Entering the bottom of the seventh inning, the Red Sox found themselves in a 4-2 hole. They had struggled with the bats in the previous couple innings, and needed baserunners to close that gap.

This seemed like a tough task when the first two batters of the inning for the Red Sox flied out to right field and popped out to second. However, they were able to get a rally going when Briley Knight was hit by a pitch, and Peyton Graham walked on four straight balls.

Suddenly with two outs and two on, the Red Sox hottest hitter, Wyatt Hoffman stepped to the plate with a chance to make some noise. Hoffman already had a base-hit and scored a run in this game, but he was looking to make his mark yet again.

On a 2-2 count, Hoffman blasted the ball into center field for his first home run of the season, giving the Red Sox a 5-4 lead. Hoffman has been spraying the ball all over the fields of Cape Cod and has been one of Y-D’s most reliable bats this season. He is now batting .333 with two doubles and a home run.

Hoffman showed a lot of excitement and emotion towards his big hit after the game, but he felt the need to thank his teammates first and foremost.

“Felt great. First one under the belt. Can’t thank my teammates enough for getting on and giving me those RBI. Great AB’s from them, so I Just gotta say that,” Hoffman said.

In the first inning, after a 1-2-3 inning by Y-D starter Luis Ramirez, Hoffman singled to left and was brought home by Nate Baez who doubled off the left field fence. This gave the Red Sox an early advantage, but it slipped out of their hands quickly.

In the top of the third inning, Ramirez gave up the first Falmouth hit of the game to Taylor Smith who put a charge into the ball and sent it over the left-center field fence for a solo home run to tie the game 1-1.

With two outs in the same inning, Ramirez gave up a second home run on a ball tagged out to deep dead center field, giving the Commodores a 3-1 lead.

Looking to catch back up to Falmouth, Y-D left fielder Pascanel Ferreras, decided to take matters into his own hands when he delivered his first home run of the Cape Cod season on an 0-2 count in the bottom of fourth.

The home runs by Ferreras and Hoffman were clear mood changers in the y-D dugout, and they helped to keep the adrenaline pumping for the team.

As the ninth inning came around, the Red Sox were able to shut the Commodores down and leave the game with a 6-3-4 record this year, and a continued first place positioning for the Eastern Division standings.

The Red Sox are back in action tomorrow night with a 7 pm start in Chatham as they face the Anglers for the second time this season. In their first matchup, Chatham got the win with a 4-1 final score on a cold and rainy Friday.

The Red Sox have a chance to get some revenge on Tuesday night, and hope to continue their momentum.