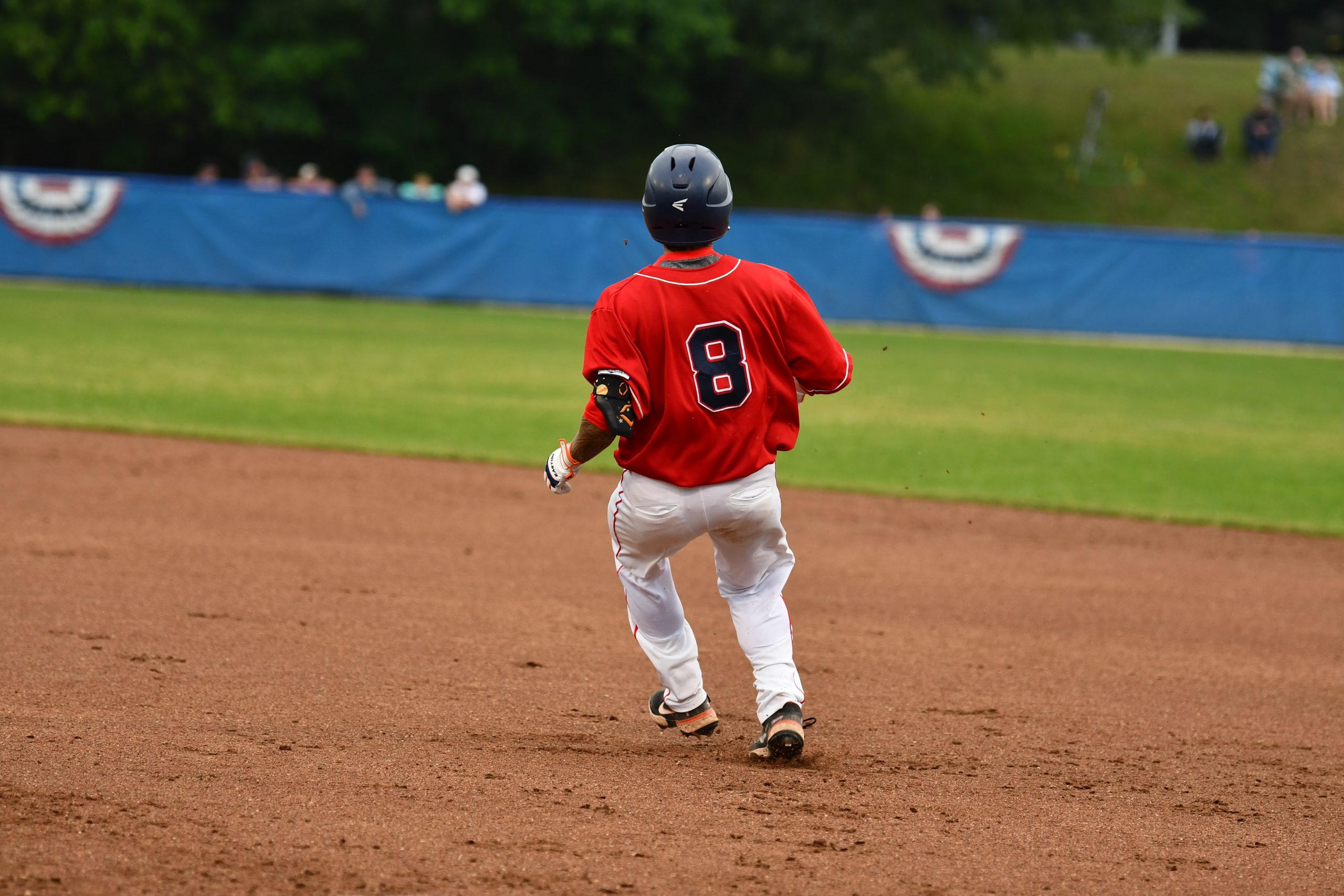 CHATHAM– Yarmouth-Dennis traveled to face off against Chatham on Tuesday night under the lights. The bats erupted for Y-D scoring five runs in the first inning that carried the Red Sox to a 6-3 win against the Anglers.

The offense for Yarmouth-Dennis has started to make progress over the past week and on Tuesday night they combined for sixteen hits. Five players had multi-hit games including Wyatt Hoffman (3 for 5), Kody Huff (2 for 5), Chase Lutrell (3 for 4), Zach Lew (3 for 5), and Tanner Smith (2 for 2).

In the top of the first inning, Peyton Graham led off the game with a double that one-hopped the fence in left-center field. Wyatt Hoffman followed up with a single to centerfield scoring Graham from second base and putting Y-D up 1-0. Hoffman stole second base on the next pitch moving into scoring position. Kody Huff lined an RBI single to center field scoring Hoffman from second adding to the lead 2-0 Y-D. Chase Lutrell drew a one-out walk and Pascanel Ferreras was hit by a pitch to load the bases. With one out and the bases loaded Drew Compton doubled down the left-field line to score Huff and Lutrell and Ferreras was thrown out at home trying to score from first base. Y-D wasn’t done yet though, Zach Lew singled to center field, scoring Compton from second base and it was 5-0 Red Sox heading into the bottom of the first.

Chatham got on the board with two outs in the bottom of the first inning with a solo blast to left field by Lyle Miller-Green.

Nick Dombkowski threw five innings for the Red Sox two runs on two hits striking out six Chatham batters. He continues to be dominant in the Cape League posting a 2.20 ERA over 17 innings pitched.

In the bottom of the third inning, Chatham scored another run on a passed ball cutting Yarmouth-Dennis’s lead to 5-2.

With one out in the top of the sixth inning, Zach Lew hit a screeching ground ball to the third baseman who made a great stop but overthrew the first baseman allowing Lew to advance to second base. Pinch hitter Tanner Smith Followed up with a single to center field, moving Lew to third base. With runners on first and third Graham barreled a ball to center field that was deep enough for Lew to tag up and score from third base making the score 6-2 Y-D.

In the bottom of the seventh Chatham responded with an RBI double by Joshua Rivera cutting the Red Sox lead to three.

In the Bottom of the ninth CJ Culpepper entered the game for Y-D and was able to shut down the Anglers and seal the win for the Red Sox. Y-D continues to sit atop the East Division with a four point lead over the Orleans Firebirds.

The Red Sox (7-3-4) have a much-needed off day on Wednesday and travel to the Harwich Mariners (5-6-1) on Thursday looking to extend their win streak to four games. The game will be televised on NESN at 6:30 PM.