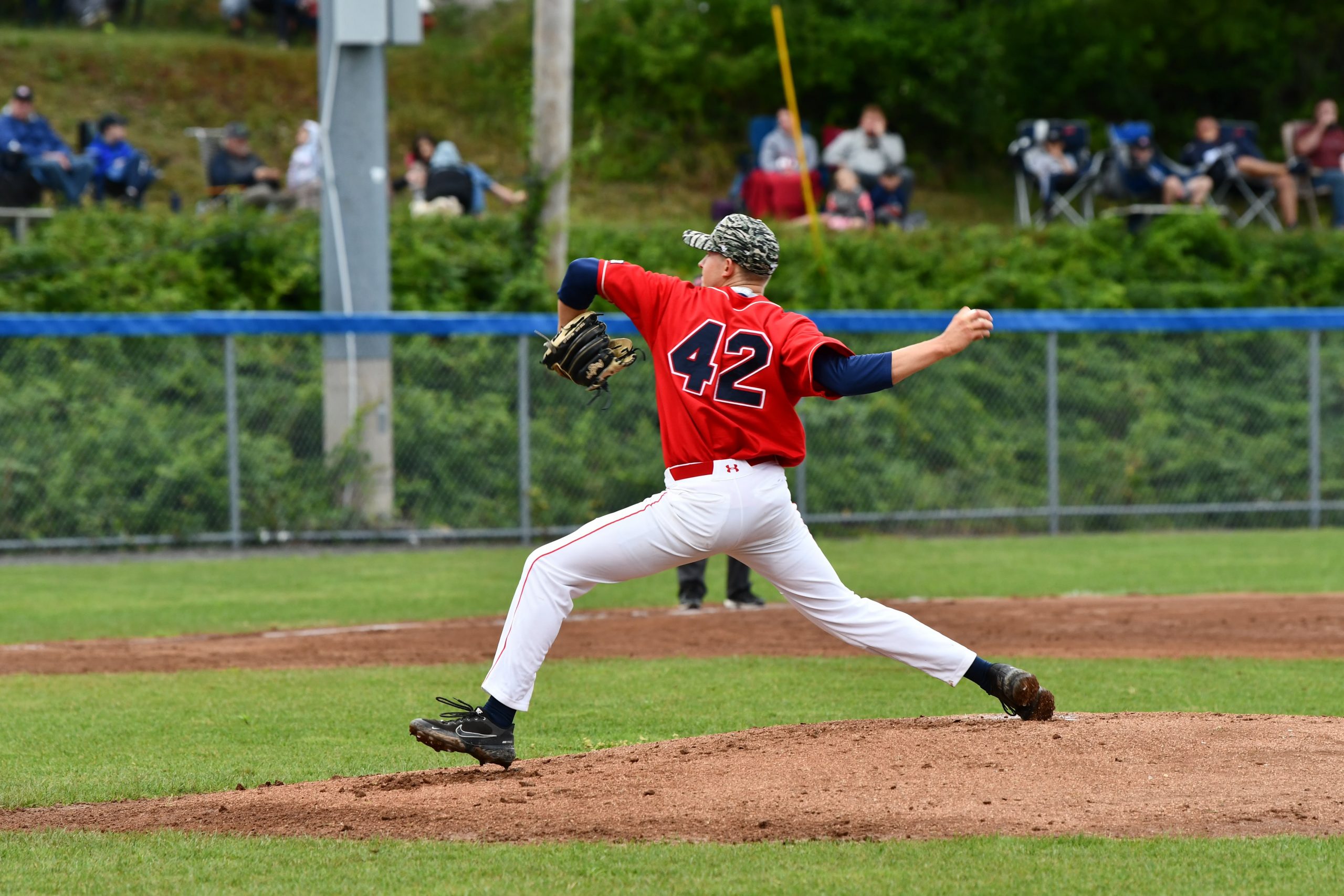 What’s better on a beautiful Fourth of July day than watching a Cape League baseball game? The answer is nothing. Yarmouth-Dennis traveled to Hyannis to face off against the Harbor Hawks under the lights for a Fourth of July showdown. The Red Sox bounced back after a loss to Chatham on Friday night with a 7-1 victory over the Harbor Hawks on Independence day.

Yarmouth-Dennis maintains first place in the East Division with the win and their record improves to (5-3-4) accumulating 14 points remaining one point ahead of Orleans. Pitching has been outstanding for the Red Sox and the staff continues to string together great performances.

On Sunday, Pat Gallagher (University of Connecticut) got the start for the Red Sox and he continued the trend for Y-D. Gallagher threw five innings striking out 11 and only allowing one run on four hits.

The game was a pitcher’s duel until the fourth inning when Yarmouth-Dennis struck first.

Chase Lutrell started off the top of the fourth inning with an infield single. Cody Huff followed up with a hit-and-run single that moved Lutrell to third. Huff stole second on the next pitch and the throw to second brought Lutrell home to put the Red Sox up 1-0.

In the bottom of the Fifth, Hyannis responded with a pair of base hits by Dylan Post and Mitchell Hartigan. With two outs and runners on first and second, Caden Rose hit a ground ball to third base and was safe at first on an errant throw by Lew, scoring Post from second base and tying the game up 1-1.

In the top of the seventh inning, the Red Sox broke the game open and never looked back. With one out in the inning, Pascanel Ferreras (Western Carolina) roped a line drive down the left-field line for a double. Tanner Smith followed up with a single to center field, scoring Ferreras. Wyatt Hoffman and Peyton Graham both walked to load the bases for Lutrell. With two outs and the bases juiced Lutrell hit a screeching ground ball that got under the glove of the first baseman scoring all three runners and advancing Lutrell to third base putting Y-D up 5-1.

In the top of the 8th inning, Y-D added a few runs on errors by the Harbor Hawks to pad the lead to 7-1. Cade Hunter (Virginia Tech) scored on an error by the second baseman that advanced Pascanel Ferreras to second base.  After stealing third base Ferreras later scored on a passed ball by the catcher.

The Y-D offense is starting to come around and once they can combine their elite pitching and defense with timely hitting they will be a tough team to beat.

The Red Sox head back to Red Wilson Field on Monday to face off against the Falmouth Commodores (4-5-2) of the West Division for the first time this season.

1 thought on “Y-D Shows Fireworks on the 4th”