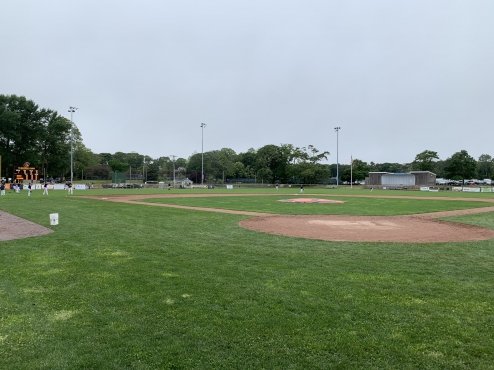 ORLEANS ? Coach Pickler earned his remarkable 500th career victory as the Red Sox continued swinging their hot bats against the Firebirds. The win only adds to his already impeccable tenure; he surely is continuing to leave an everlasting legacy with Y-D.

As for the game itself, the Red Sox jumped out to an early lead and never looked back on the rather overcast night to say the least. It appeared we were in for a low-scoring game going by the pitching matchup; Trent Denholm (UC Irvine) and Cole Wilcox (Georgia) are both highly anticipated draft prospects, both could potentially be top-10 picks. Instead, you could have blinked in the first inning and then looked up at the scoreboard to find Y-D ahead 6-0.

Bradlee Beesly (Cal Poly) led the game off with a double, followed by a bunt single off the bat of Luke Waddell (Georgia Tech). Beesly would go on to cross the plate on a wild pitch, while Jack Wold (UNLV) drove in another run on a base hit. While Wilcox was hitting as high as 95 MPH on the gun, Noah Campbell (South Carolina) wasn?t fazed, swinging at the first pitch he saw and blasting it over the fence. The 3-run shot gave the Red Sox a 5-0 advantage, a lead they would hold for the remainder of the night.

Campbell reached base with another hit in the 3rd inning and then stole second base. Tate Samuelson (Cal Poly) drove him in with a single of his own, stretching the lead to 6-0.

Denholm kept Orleans off the board through his three innings of work, as he seemed to have command of his pitches right from the start. He gave up two hits and two walks, while striking out two batters as well.

Orleans scored a run off of Brandon Dufault (Northeastern) in the 4th upon returning from a rain delay, making the score 6-1. Dufault went on to strike two batters out in his one inning of work.

Campbell had his third hit of the night in the 5th inning; his first such game of the summer. Samuelson wasn?t done either, as he had a two-run single which further widened the gap. Jake Palmer (UC Irvine) drove in a run on stand up triple, the 9th run of the game for the Red Sox.

Andrew Mundy (Hofstra) entered the game in the 5th and gave up one earned run, while another unearned run crossed the plate. He would remain on the mound through the 6th inning, with Y-D on top 9-4.

nRyne Moore (Old Dominion) saw some action in the 7th, giving up one earned run while also striking out two batters over his one inning.

Taylor Dollard (Cal Poly) came in and finished things off as he threw two hitless innings. He struck out three batters while retiring the side 1-2-3 in both the 8th and the 9th. The Red Sox won 9-5, improving their record to 4-2-1.

Barring a rainout, Yarmouth-Dennis will host the Bourne Braves at 5:00 P.M. on Friday at Red Wilson Field.