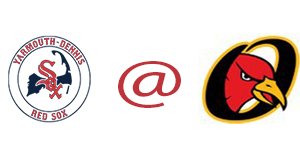 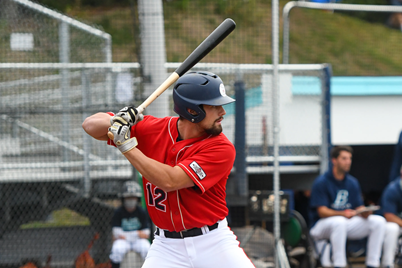 With the 2021 Cape Cod League regular season recently concluding, we fell just short of the playoffs with a record of 16-14-7. Despite not making the playoffs, there were many bright spots on both sides of the ball this year for the Red Sox.

Offensively, two players that showcased their incredible skill set throughout the season were Brooks Lee and Dominic Keegan.

Going into the season, Lee was probably the most recognizable name on the Y-D roster. The 20-year-old switch-hitting shortstop is ranked Number 3 in Baseball America’s top 100 prospects for the 2022 MLB Draft, and some analysts say he has the potential to be the very first player selected. Over the last several months, Lee has shown why he is considered such an outstanding prospect, hitting .342/.384/.626 with an incredible 1.010 OPS for the Cal Poly Mustangs during the Big West conference regular season. Remarkably, Brooks led Cal Poly in nearly every offensive stat, and a staggering 40 of his 76 hits went for extra bases (27 doubles, 3 triples, 10 homeruns). Following the college season, Brooks took to the Cape with high hopes, and was even better than advertised.

Like Lee, Dominic Keegan was another player who excelled this season for the Red Sox, yet was limited due to injury. After hitting just .236 with 0 homers and 5 RBI’s in his first two seasons with Vanderbilt, the catcher turned first baseman broke out this year for Vandy, hitting .345/.427/.638 with 15 homers and 57 runs batted in across 60 games this season. Following his breakout season, Keegan took to the cape to build on his breakout year, and that he did. In only 13 games, Keegan slashed .302/.388/.651 for the Sox, walloping 5 homers in just 43 at bats. He also showcased his versatility, starting games at catcher, first base, and left field. Had he played a full season, Keegan was on his way to hitting double digit homers, and perhaps setting a club record in the process.

Ranked as a top 175 prospect by MLB for the 2021 MLB draft, Keegan was drafted in the 19th round by the New York Yankees, however did not sign as he plans to return to Vanderbilt in hopes of winning a national championship. If he can come close to emulating his 2021 success next year, Keegan should be picked in the early rounds of the 2022 MLB draft, where his strong bat should help any team that drafts him, whether it be behind the plate, at first base, or perhaps in the outfield.