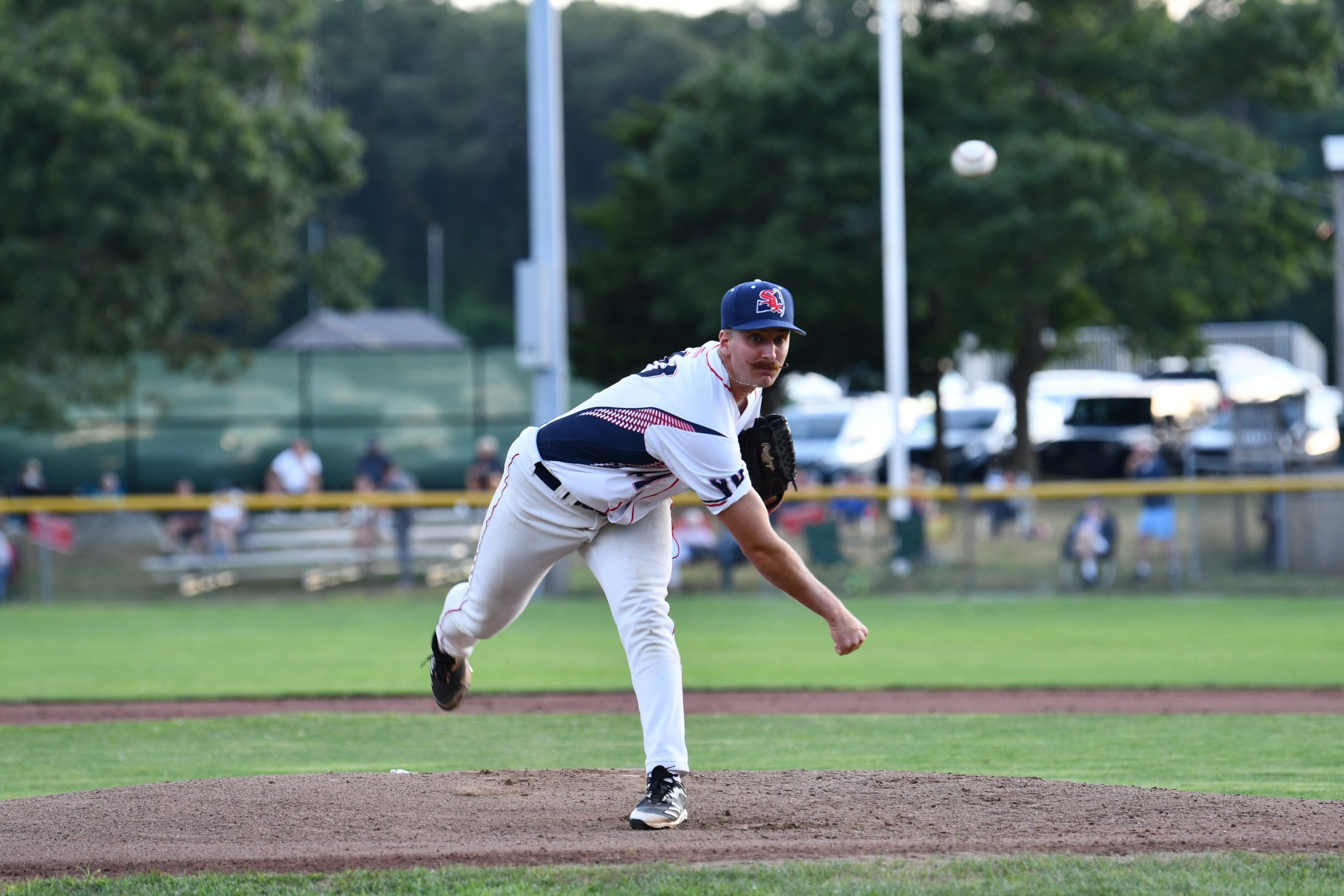 ORLEANS– As the end of the cape league season nears, the Red Sox traveled to Orleans to face off against the Firebirds for a game under the lights. With a mixture of clutch hitting and masterful pitching Y-D was able to top the Firebirds 5-1.

Jared Lyons got the start for the Red sox and he did not disappoint. It was Lyons’s best performance of the year pitching six strong.

In the top of the first inning, the Red Sox got on the board with a lead-off walk by Wyatt Hoffman followed up with a blast to left-center field by Tanner Smith that cleared the 375 sign. That was Smith’s third home run for the Red Sox this season.

The Firebirds got a run back in the bottom of the third inning on a two-RBI single to center field by Jared Mckenzie.

With two outs in the sixth inning, Brooks Lee doubled off the left-center field fence. Dominic Keegan reached first on a walk that advanced Lee to third on a wild pitch. With runners on first and third Chase Luttrell laid down a bunt that was misplayed by the catcher scoring Lee from third giving the Red Sox breathing room. Kody Huff kept the inning going with a single to right field, scoring Keegan from second to make it 4-1 Y-D heading into the bottom half of the sixth inning.

Jared Lyons retired the Firebirds in the bottom of the sixth and that was the end of his outing and securing that he would get the win if Y-D could close the game out. Lyons performance was one of the best by a Y-D starter this year, pitching six innings giving up one run on three hits, and striking out four Orleans batters.

Eli Morse would take over for Lyons pitching a scoreless seventh and eighth inning allowing two hits and striking out one.

The Red Sox got another run in the top of the ninth inning that started with a one-out double to right field by Daniel Rivera. With two outs in the inning, Tanner Smith got his third RBI of the game with a single to right field making it 5-1 Y-D heading into the bottom of the ninth.

Owen Stevenson took the mound in the bottom of the ninth to shut the door securing the 5-1 win for Y-D pitching a scoreless frame allowing one hit and striking out one batter.

Tanner Smith went 2-5 with RBI’s and Brooks Lee continued to swing a hot bat going 3-5 raising his average to .412 on the season.

Y-D heads home to Red Wilson Field on Friday for a 4:30 matchup against the Hyannis Harborhawks.