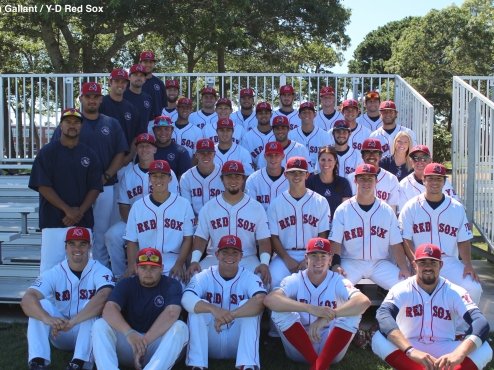 SOUTH YARMOUTH, Mass. ? The Yarmouth-Dennis Red Sox will begin the 2016 Cape Cod Baseball League season at Red Wilson Field with a pair of home games against familiar faces from past championship seasons, it was announced on Tuesday.

Y-D hosts Wareham to begin the campaign on Friday, June 10, while the Red Sox will face off against the Falmouth Commodores the following afternoon. Both matchups will begin at 5 p.m.

Formatting of the schedule by the Cape Cod Baseball League has remained largely unaltered from previous years. Y-D plays their division foes three times at home and three on the road, while non-division opponents will meet the Red Sox four times?twice at Red Wilson Field. There have been no doubleheaders scheduled by the Cape League for 2016.

All Y-D Red Sox home games are played at Red Wilson Field, located at Dennis-Yarmouth Regional High School. With the exception of the All-Star Game, admission to all Cape Cod Baseball League games is free. No tickets are required to attend, however all fan donations are very much appreciated.

The Red Sox are coming off another successful season in 2015 in which the team captured its ninth championship in franchise history. Among the team?s alumni who have played at the MLB level are Craig Biggio ?86, Gordan Beckham ?07, Brian Johnson ?11, and Buster Posey ?06.