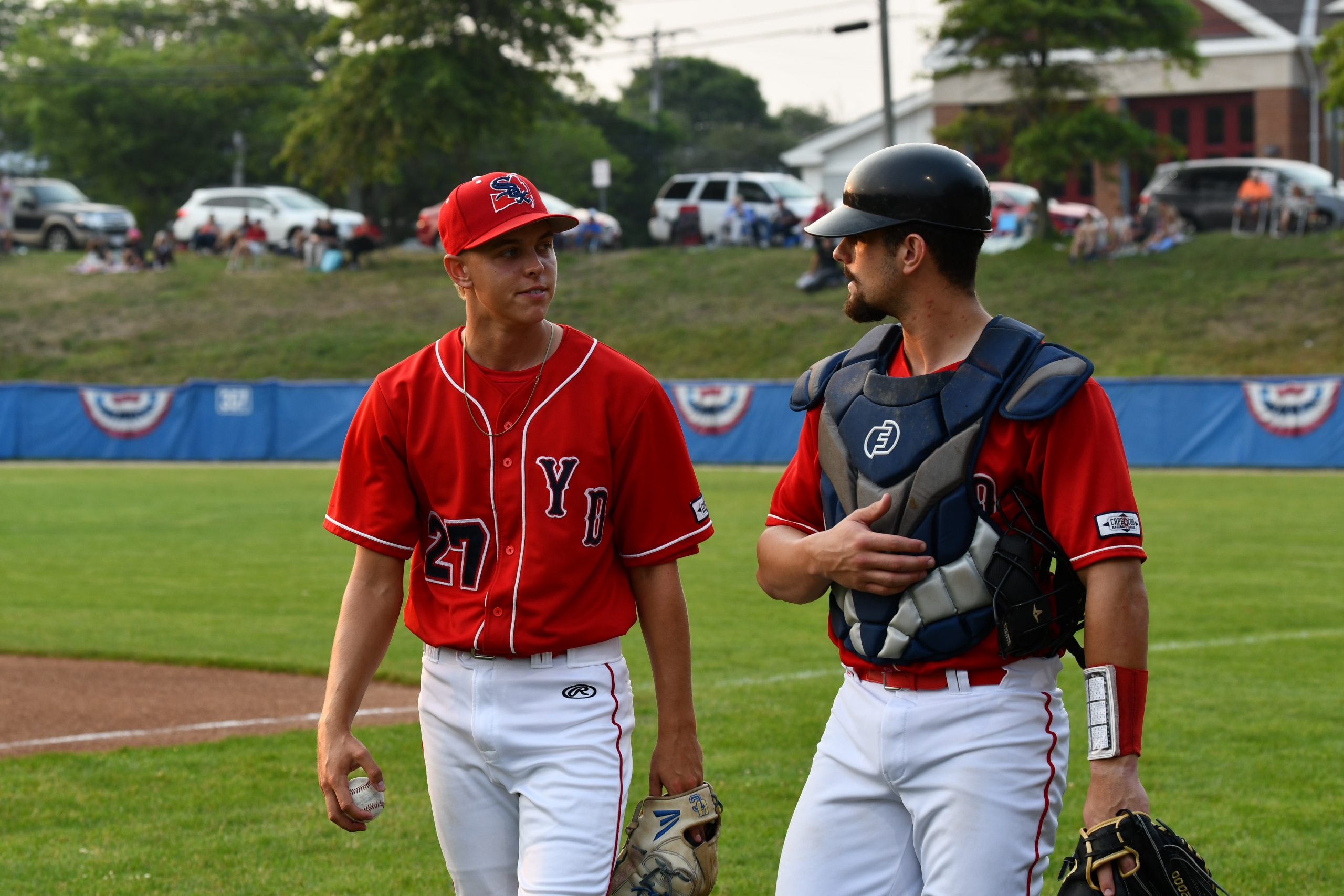 CHATHAM — Strong pitching performances and timely hitting were the name of the game for the Red Sox on Tuesday night as they headed East for another division rivalry game against the Chatham Anglers.

Entering the game, Y-D was desperate to get back to their winning ways as they continued their hunt for a playoff spot. The Red Sox were able to take care of business on Tuesday with a 4-3 win, moving their overall record to 11-8-6 keeping them within striking distance of the second place Harwich Mariners.

Zach Jacobs had the start for Y-D, and he did not disappoint. He would give up a two run home run in the bottom of the first inning to Matt Hogan to put the Red Sox in a hole early. Jacobs and the Y-D defense then flipped the switch and he would go on to throw five scoreless from that point and dominate the Anglers from top to bottom.

He produced nine outs via the ground ball which would tie for the most in his collegiate career. He also recorded five strikeouts, a season high for him in the Cape League.

This performance was exactly what the Red Sox needed out of Jacobs, and he delivered. He was very happy with how things went on Tuesday, and is already preparing for his next appearance on the mound.

“I was just trying to hit my spots and not try to overdo it, and just let my team work behind me,” Jacobs said. “The slider was working late in the game against lefties. I’m also gonna take the two-seam, the two-seam was working too. So we’re gonna take those two, work on the changeup and curveball and keep pumping.”

On the offensive side of things, Y-D was able to put together a fourth inning rally that would tie the game at 2 apiece.

Dominic Keegan would get the inning started with a base hit to right field. He would then advance to second on a groundout by Kody Huff, leaving a runner in scoring position with one out for Chase Luttrell.

Luttrell one-hopped the wall in right center field for a double that would bring Keegan home and put Y-D just one run back from the Anglers.

Later on, the Red Sox found themselves with two outs and runners on first and third. Zach Lew took off from first to steal second just a tad early and the Chatham pitcher attempted to pick him off him. On the throw to second, Luttrell began digging for home and slid in safely as the throw to the plate came in low. Lew was later caught at third trying to advance another base on the play. This would end the inning for the Red Sox but make it a 2-2 ballgame.

The Sox then took the lead in the sixth thanks to a sacrifice fly to center field by Kody Huff that would help the tagging Tanner Smith score from third.

Chatham would quickly respond with a run of their own and tie it up once again, 3-3.

The Red Sox and their fans have seen this scenario far too many times this season. Y-D had already recorded six ties this season, a Cape League record, and were on the brink of a seventh tie as they headed into the ninth inning.

The first two batters of the inning were each retired via the strikeout, which would bring Crew Robinson to the plate with two outs and no one on base.

He would work a full count, and on the payoff pitch, Robinson would drive the ball into deep right field and send it flying over the fence for the go-ahead run.

Robinson has only been on the Cape for about a week and has made several major contributions in his six games played with the Red Sox, but this was certainly his biggest yet.

“I knew it was a fastball pitcher, so I was just trying to get a ball I can handle… I worked the count, finally got a good pitch and put a good swing on it,” Robinson said. “It’s great to just come in the dugout, everyone is all hype and getting into it. It’s fun out here.”

The combination of CJ Culpepper who pitched 2.1 innings and Reid McLaughlin who ended the game with back to back K’s for the Sox, would take care of the Anglers in the ninth and push the Sox to victory.

Other notable Red Sox players from Tuesday night’s game include Tanner Smith and Dominic Keegan who each had multi-hit nights. Smith was 3-4 at the plate, and Keegan was 2-4. Both players would score a run for Y-D.

Only the top two teams from each division make the playoffs this season, and Y-D is right on the cusp of that cutoff. They currently sit in third place but are right on the heels of the Harwich Mariners who they play for the second time in three nights on Wednesday at Red Wilson Field. First pitch is set for 5:00 pm and there is no doubt that this game will have major playoff implications.

The Mariners are coming off a 10-4 loss to Bourne on Tuesday night, and will be hungry to get back in the victory column. The winner of Wednesday’s game will take over for second place as we come down to the final weeks of the season.