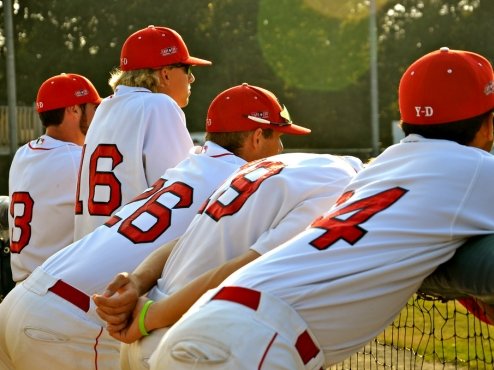 The Yarmouth-Dennis Red Sox kicked off their 2013 playoff run by travelling to Veterans Field in Chatham. The Sox struggled at the plate which ultimately led to a 6-0 loss to the Anglers.

On the mound for Y-D was Dan Savas (L, 3-1) . The right hander threw 4.2 innings and allowed five runs on six hits, four walks and struck out five. While Savas pitched well, the strike zone was not consistent throughout the game, making it difficult to find spots over the plate. Savas was handed his first loss since coming to the Cape League thanks to a grand slam in the second inning from Angler, Dante Flores.

Lukas Schiraldi (W, 5-1) was Chatham?s hurler for the night. He threw 7.0 dominant innings and only allowed two hits and struck out six.

YD bats were silent in the playoff game, something the Sox struggled with early on in the season. The only two hits of the game came from D.J. Stewart and Alex Blandino. Chatham?s bats were flowing nicely, they ended the game with ten hits. Surprisingly, both teams struck out nine times.

Dante Flores changed the game in the second inning when he hit a grand slam with two outs. Flores went one for three with two walks in the game. Defensively, he had five put outs and stood out in left field for the Anglers. Connor Joe went two for four with a home run and a walk.

The Red Sox return to Red Wilson Wednesday for game two of the Eastern Divisional Series which begins at 4 p.m. EST. Be sure to check our Twitter and Facebook pages for live updates as well as a link to our live broadcast with Cody and Chris.