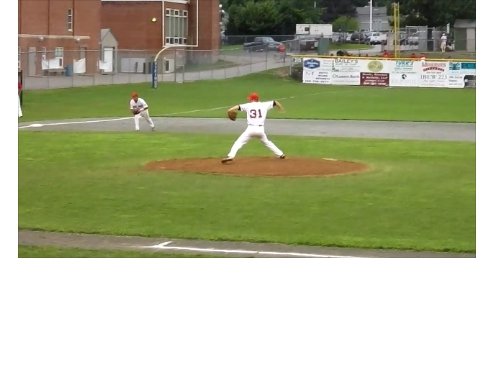 Clay Smith pitches against Wareham Friday, where he allowed just one run in eight innings.

The Yarmouth-Dennis Red Sox traveled to Wareham Friday to try and work their way up in the Eastern Division standings.

Starting for the Gatemen was Tucker Simpson who entered the game 1-2 with a 2.41 ERA. He would pitch seven innings after only allowing one run early on in the second inning. He allowed just six hits, walked two batters and struck out five of the 28 batters he faced.

Clay Smith (1-1) took the mound for the Sox. Smith?s last appearance was another close game with the Falmouth Commodores on July 6. He went into Friday?s game with a 5.12 ERA and nine strike outs. He recorded eight innings pitched of one run baseball after a quick run from the Gatemen in the first inning. Smith also allowed just six hits, walked three batters and struck out one. He improved his ERA to 3.95 on the season.

Kody Kerski (W, 1-0) relieved Smith in the bottom of the ninth inning. He pitched two innings, allowing just one hit, walking one batter and striking out another. Kerski?s ERA improves to 1.00 and his opponent batting average becomes .138 in the nine innings he has pitched this season.

Defensively, both teams made plays to keep their pitchers in the tight matchup. The Sox would turn three double plays in the game. Both teams committed one error.

Going into the tenth inning, the Red Sox would waste no time in reaching base. Smart would lead off with a walk then advance to second on a wild pitch from Bradley Roney (L, 0-1) who would then immediately exit the game. Taking over would be Jonathan Holder.

Alex Blandino would single off Holder, moving Smart to third. White would single to left field bringing in Smart as the go ahead run. Kerski would walk one batter after two quick outs in the bottom of the tenth inning. He would then get the last out giving him the win in the game.

The Red Sox maintain their third place standing behind the Harwich Mariners and first place Chatham Anglers. Y-D is 5-5 in their last 10 games and have 25 points on the season. The Gatemen remain in last place in the Western Division with 10 points.

The Sox return home Saturday to take on the Falmouth Commodores (14-9-0) at 5 p.m. EST. Be sure to check our Facebook and Twitter pages for live updates. The game will also be broadcasted live on Fox College Sports Atlantic.