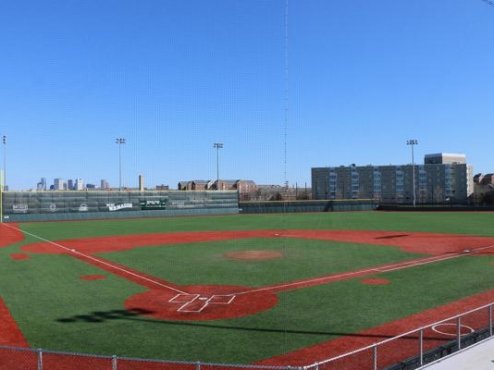 BOSTON ? The Yarmouth-Dennis Red Sox made the trek up to Boston to take on the Wareham Gatemen at Monan Park and came out on top, 10-3. It?s their second win in a row, and they seem to be firing on all cylinders at the moment.

Carols Lomeli (St. Mary?s) was given the start in this one and would go on to earn the win. He was given a nice cushion early on as the Red Sox went up 3-0 in the 2nd inning, but really executed his pitches. His final line was three runs on six hits, five strikeouts, and no walks over five innings of work.

The 2nd inning is where the bats came to life for the Sox, starting with a Jeff Costello (Northeastern) RBI double. Will Picketts added another run with a sacrifice fly to shallow centerfield; it forced the shortstop to turn his back as he was running to make the catch in the outfield, opening the door for Jake Suddelson (Harvard) to tag up from third base. Wyatt Young (Pepperdine) joined the part with an RBI triple that was smoked to dead centerfield.

Suddelson crossed the plate once again in the 4th inning due to an error from the catcher, making the score 4-0. That?s when Wareham?s offense began to wake up, scoring two runs in the inning, one of them being a solo homer. Another run in the 5th really made things interesting at 4-3.

YD answered with a run in the 6th, followed by an Austin Wells (Arizona) RBI sacrifice fly in the 7th. Daylan Nanny added a standup RBI triple which gave the Red Sox a 7-3 advantage.

Picketts scored in the 8th on a wild pitch. In the 9th, Drew Swift (Arizona State) got an at bat with the bases loaded and took advantage of it, hitting a two-run single, which brought us to our final score of 10-3.

The relief pitching was a huge part of YD?s success for the second night in a row. It started with Cole Stetzar (St. Josephs), who pitched two scoreless innings and only gave up one hit. Andrew Mundy (Hofstra) and Michael Weisberg (Cal St. Fullerton) got an inning apiece and neither could be touched, as they both threw scoreless innings as well.

Yarmouth-Dennis has on off day on Thursday, and will next play on the road Friday at 6:00 against the Bourne Braves.