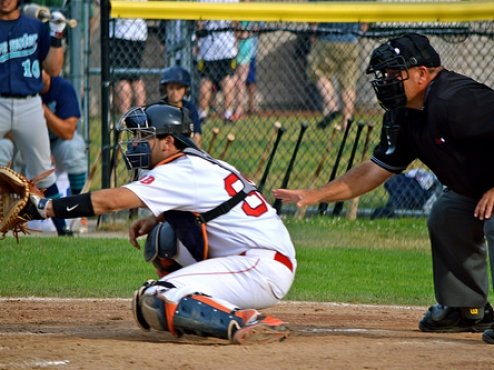 The Red Sox were back at Red Wilson field to host the Brewster Whitecaps Sunday night. Y-D came out on top, winning the game 9-7, as Brewster and Y-D continue to battle for the fourth place spot in the East division.

Bryan Bonnell (UNLV) improved to 1-2 on the season, as he was the winning pitcher for the Yarmouth-Dennis Red Sox. Bonnell struck out five, walked two and gave up four hits. He allowed three runs over six innings.

Pitching for the Brewster Whitecaps was Garrett Mundell (Fresno State) who was charged with his first loss of the year. He allowed six runs in four innings, striking out two and walking two.

It was a back and forth offensive battle between these two teams until the fifth inning where the Red Sox scored five runs. Following a sacrifice fly in the fourth inning, Jason Goldstein (Illinois) hit a base clearing gettiing three-run double. ?It was nice hitting the three-run double and helping us get the win today,? Goldstein said. After the Red Sox?s high scoring fifth inning, they were able to hold the lead over the Whitecaps for the rest of the game.

Y-D will be traveling to Wareham Monday night to face the Gatemen for a third time this season. The Red Sox are 3-0 against the Gatemen. First pitch is set for 7pm at Clem Spillane Field.