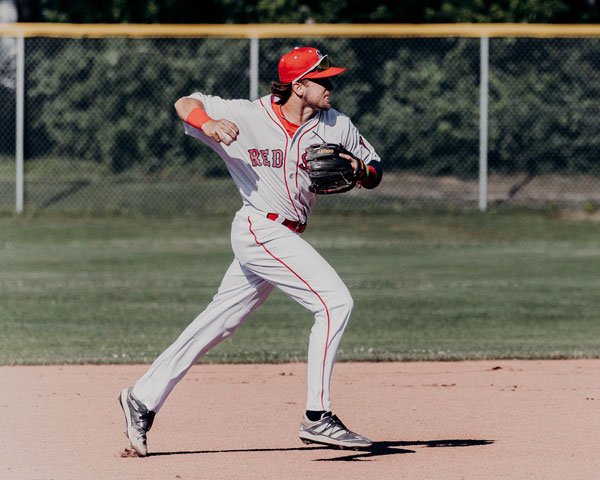 The Yarmouth-Dennis Red Sox failed to get the bats going Wednesday night, scoring once in the first inning but never again, as they fell to the Cotuit Kettleers, 4-1, at Red Wilson Field.

“This is more about the town of Yarmouth than it is me,” Pickler said pre-game. “These people work all year long to get those guys on the field.”

On the field, the Kettleers jumped on Y-D starter Eric Yost early, tagging him for a run in the first and two more in the third. Cotuit scored in the first on a Tyler Johnson RBI groundout. In the third, they loaded the bases with one out and scored on a Josh Pearson single and a Zach Cole groundout.

Y-D managed to tie things up in the home half of the first — Chase Meidroth launched his first home run of the summer on a 3-2 pitch with two outs. While most of the other Red Sox struggled offensively, Meidroth managed two hits after a sixth-inning single.

The Sox put the offense in motion in the seventh, but couldn’t capitalize. Jack Costello singled and advanced to second on an error with one out. With Costello dancing off second base after each pitch, Cotuit catcher Caleb Lomavita tried to back-pick Costello. The throw was great, and the tag looked on target, but Costello was called safe.

On the next pitch, Hunter Haas singled to left, and Costello rounded third for home. But a perfect throw from Cotuit left fielder Zach Cole nailed Costello at the plate to end the inning.

The offensive struggles were amplified by Cotuit’s strong pitching. Highly-touted prospect Christian Little pitched the first three innings for the Kettleers, giving up the Meidroth homer but little else, before giving way to Kenya Huggins.

Huggins dominated the middle three innings, striking out four while allowing just one hit and one walk. His fastball touched 98 miles per hour at one point, and he kept it in the mid-to-upper-90s for most of his outing.

Mark McLaughlin, Ben Johnson, and TJ Brock combined to shut Y-D down over the final three innings for Cotuit.

The Y-D bullpen did its part to keep the Red Sox in the game. Matt Kavanaugh and Bryce Collins combined to throw three shutout innings, and Owen Hackman struck out four over the final two frames.

But once Cotuit tagged Y-D reliever Owen Hackman for a fourth run in the top of the ninth, there was little hope for the Red Sox, who subsequently went down in order in the bottom half.

Y-D’s winning streak screeched to a halt with the loss, ending at five games. Despite the loss, the Red Sox remain in first place in the Eastern Division, two points ahead of Brewster in the standings.

The Red Sox hit the road for their next two games, visiting Chatham Thursday night at 7 and Orleans Friday night at 6:30.