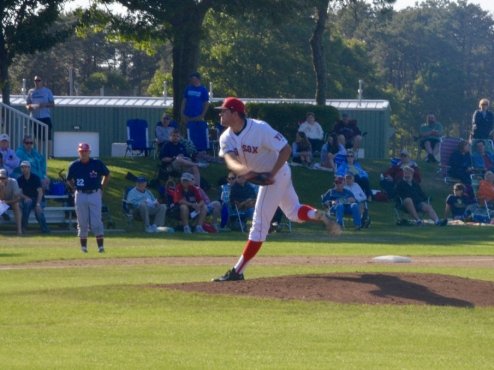 Pat Vanderslice (Saint Josephs, 0-2) got the start on the mound for the Red Sox.? He went 4.2 innings, with five strikeouts and gave up seven hits.

BJ Myers (West Virginia, 2-0) got the start for the Mariners and stole the show. Myers went 7.1 innings, with three strikeouts and no earned runs. He started off the game moving at a fast pace, setting the tempo and keeping all the Y-D batters off-balance. He had a perfect game through four innings.

Zach Schellenger (Seton Hall) came in to relieve Myers and was lights out. Schellenger pitched 1.2 innings and had three strikeouts. It?s not a surprise that he would thrive in the save situation. It was his fourth save out of four appearances this season.

It helps that the Harwich offense got the bats rolling, totaling 11 hits in the ballgame.

The fourth inning is when the offense started to show up, beginning with a double by Joe Dunand (North Carolina St.). He advanced to third on a wild pitch and scored on a fielder?s choice hit by Nicholas Feight (UNC Wilmington).

Harwich scored a run in the fifth and seventh, both by Ernie Clement (Virginia).

The Y-D bats were silenced, only totaling four hits in the game. It came to a bit of a surprise because of how hot the offense has been. The best chance they had to score was in the bottom in the eighth. Kevin Smith (Maryland) was at the dish with two runners on with two outs. However, he struck out leaving them stranded.