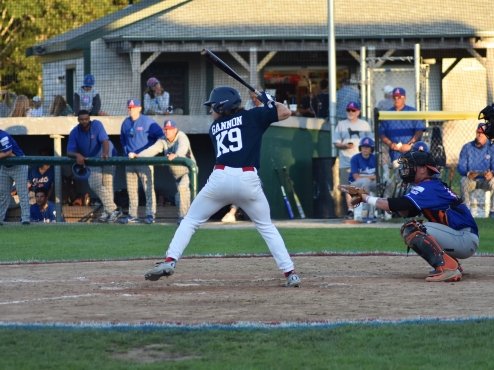 SOUTH YARMOUTH?The Yarmouth-Dennis Red Sox got back in the win column against the Orleans Firebirds on Thursday night. The bats found new life and led the team to an 11-8 victory.

Tommy Mace (Florida) started on the mound for the Red Sox on Thursday evening, his first start of the season. He set down the top of the Orleans lineup in order in the top of the first, then Y-D bats then went to work.

Noah Campbell (South Carolina) got the offense going immediately with a two-run homer in the the top of the first inning that scored Zach Ashford (Fresno State), who led off the game with a single.

The next two hitters both made outs and it looked as though the two runs would be all for the Red Sox in the first inning. Y-D had other plans.

With runners on second and third and two out, Luke Waddell (Georgia Tech) sent a Joey Lancellotti (NC State) offering right back up the middle to score another pair of runs. After one inning, the Red Sox led 5-0.

Once Y-D opened the scoring in the bottom of the first, the teams traded blows throughout the evening.

The Firebirds scored two runs in the second and Y-D answered with one in the third. Orleans pushed across a run in the top of the fourth and the Sox answered with a pair in the bottom half.

In the top of the fifth, Mace allowed what would be his final run of the day to make the score 8-4. The Florida product allowed seven hits, four runs (one earned), walked three and struck out two in five innings of work.

Orleans posted one run in each of the sixth and seventh to make the score 8-6 going into the seventh inning stretch. The Red Sox scratched across a run in the bottom half of the inning thanks to a Jonny DeLuca RBI single to score Quin Cotton (Grand Canyon).

Sam Kessler (West Virginia) was the Red Sox pitcher on the mound for the start of the eighth inning, but after running into some trouble he was relieved by Ryne Nelson (Oregon). Nelson allowed a two-run home run (one of those was charged to Kessler) before settling down to get the final out of the inning.

The Red Sox matched the Firebirds pound-for-pound when they came up to bat. With two out, Andrew Daschbach (Stanford) jacked a two-run homer to left field, his fourth of the season.

Nelson shut the door on Orleans in the ninth to get the Sox back into the win column. The Sox are now 15-8-4 (34 points) on the season, and sit comfortably in first place of the East division.

The Red Sox offense had a field day on Thursday evening, hitting .333 off of Orleans pitching. Three players had multi-hit games including the aforementioned Jonny DeLuca, who went 3-3 with two runs, two RBI, two steals, and a sacrifice. DeLuca is now 7-15 with three runs, three runs and three RBI in his last four games.

Noah Campbell?s long ball was his second of the season. He finished the day 1-3 with two runs and two RBI.

Christian Koss kept rolling on Thursday evening with his second 2-4 performance in three games. His average is up to .290 on the season.

Noah Campbell?s first-inning home run. After Y-D was nearly shut out yesterday in Brewster, Campbell ensured that would not happen again by blasting a two-run homer in the top of the first to make the score 2-0 and give the Red Sox a lead they would not relinquish for the remainder of the evening.

The Red Sox will travel to Falmouth to take on the Commodores on Friday evening. First pitch at Guv Fuller Field is scheduled for 6 p.m.