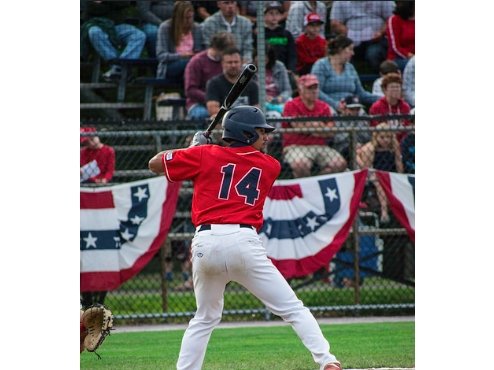 CHATHAM ? The Yarmouth-Dennis Red Sox lost their first game of the week Friday night, dropping a 5-2 decision to the Chatham Anglers at Veterans Field.

Karl Kauffmann made his third start of the season for Y-D and entered the evening without allowing an earned run in his first 10 innings. That changed in the fourth inning though, when Tristin English (Georgia Tech) took a fastball deep to left field for the first run of the game. Just two batters later, Drew Mendoza (Florida State) added another solo home run to extend the Chatham lead to two.

The Red Sox would get a run back in the top half of the fifth, as Zach Zubia (Texas) scored on a sacrifice fly from Andrew Martinez (UC Santa Barbara.) Zubia, a right-handed slugger from the University of Texas at Austin, made his first appearance and start of the season for Y-D Friday. His collegiate teammate, David Hamilton, arrived on the Cape Friday and took a couple of rounds batting practice with his new teammates. The defensive wizard is expected to make his first appearance with the Red Sox this weekend.

An RBI single to shallow left off the bat of Noah Campbell (South Carolina) scored Martinez for the only other Y-D run of the game.

Reese Albert (Florida State) had two of Y-D?s five hits on the evening, including a double to right center in the seventh inning. The Red Sox offense simply couldn?t get anything going against Jack Conlon (Texas A&M), Colin Peluse (Wake Forest), and Gregory Veliz (Miami).

Mendoza hit his first home run of the season off Kauffmann, who was supposed to be his teammate this summer. Mendoza was on the first edition of the 2018 Y-D roster after playing for the Red Sox last season, but ended up with the Anglers instead. While his home run wasn?t the difference, Y-D could?ve used the blast on what was a quiet night for the bats.

With the loss and Harwich?s extra-innings win, the Mariners took back sole control of first place in the Eastern Division. Y-D returns home to Red Wilson Field on Saturday to host the Cotuit Kettleers. First pitch is scheduled for 5:00 p.m.