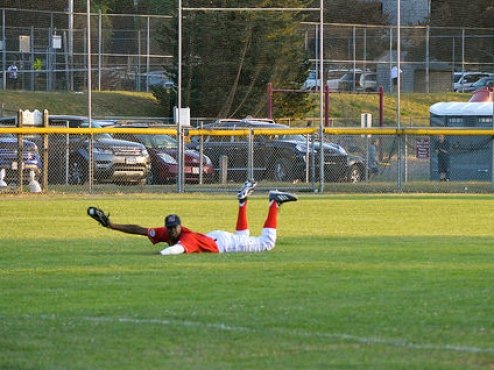 The first run of the game was scored by an RBI single by Firebird Geoff DeGroot (UMASS ? Lowell). The Red Sox?s defense quickly closed up the inning soon after thanks to a tag at home base and a web gem catch by Vincent Jackson (Tennessee). Y-D?s Doug Willey (Franklin Pierce) took the mound in the bottom of the fifth inning. Edwin Rios (FIU) was the second batter Willey faced and Rios hit a two-run homerun, his third of the season, tying him for the Cape League.

In the top of the sixth inning, Jordan Tarsovich (VMI) nailed out a three-run homerun to tie the game, 3-3. Y-D was unable to be the first to break the tie as Brett Stephens (UCLA) hit a RBI single in the bottom of the sixth inning. Bobby Dalbec (Arizona) added a two-run blast in the eigth inning to power Orleans to their eventual 6-3 victory.

Y-D returns to its home field Sunday night as the Red Sox face the Brewster Whitecaps for the second time this summer. First pitch is set for 5pm. The last time they faced each other the Whitecaps defeated the Red Sox, 4-1.