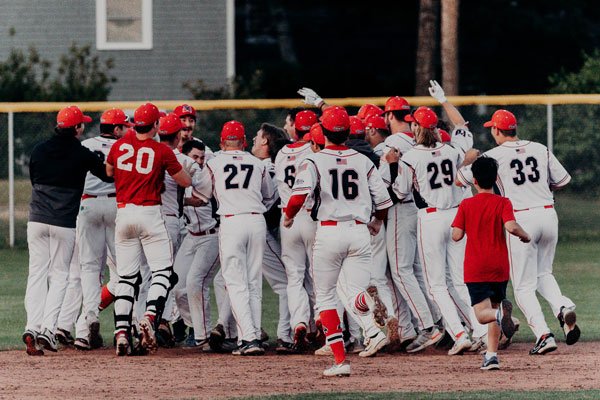 The Y-D Red Sox went 3-3-2 over the last week. After starting the season with a 4-4 tie at Orleans, the Sox lost their next three games. They finally got in the win column after a dramatic, 5-4 walk-off win vs. Orleans at home, before drubbing Harwich, 11-0, the following night. In a double-header at Bourne, Y-D took the first game, 4-2, before coming back with a run in the top of the seventh inning to tie, 2-2.

Despite starting the season 0-3-1, the Red Sox went 3-0-1 over their next four games once the bats got going. Through those first four games, the Red Sox put up just six runs. In the next four, they scored 22 times.

On top of that, their pitching has been elite. Y-D’s 2.25 team ERA is second-lowest in the league, and first in the East Division. Opponents are batting just .199 against the Red Sox, and Y-D pitchers have struck out 77 batters (2nd in the league).

Boeve was the hero in Y-D’s first win of the summer, driving a single to deep center field with two outs in the bottom of the ninth to score Luke Shliger from second base. The man who is appropriately-nicknamed “Barrel Mike” swatted the ball around the field in the first week, batting .375 (third in the Cape League) and amassing a 1.000 OPS thanks to a remarkable .500 on-base percentage.

Barrel Mike notched nine hits, including three doubles, and walked four times across the first eight games of the season. He’s played nearly every inning of the young season at third base for the Red Sox, and has shown off both his range and his arm at the hot corner.

Lyons was masterful in his two appearances last week, earning Cape League Pitcher of the Week honors. In the season opener against Orleans, Lyons entered from the bullpen and pitched three no-hit innings with four strikeouts. His performance was crucial — Lyons kept Orleans off the board in the middle innings, allowing the Red Sox to tie the game in the seventh inning.

He made his first start of the summer Saturday against Harwich, pitching six shutout innings, giving up just four hits while striking out six. Buoyed by a six-run first inning from the Y-D bats, Lyons found a groove and kept at it. He didn’t allow a hit for the first 3.2 innings he pitched, and worked out of jams in the fourth and fifth innings to keep the Mariners scoreless.

Carrigg started the season white hot — through seven games, Carrigg has ten hits, including a home run. He stole three bases and drove in two runs for Y-D, and his .385 batting average is second in the Cape League and first in the East Division. Carrigg has already amassed four multi-hit games this summer.

His electricity is hard to miss on the field — much like his flowing hair. Carrigg can play any position as a true utility man, but has mostly suited up in center field for the Red Sox. He even threw out a runner at home during a game against Brewster.

Y-D welcomes Bourne to Red Wilson Field Tuesday night (5 p.m.), after a win and a tie in the doubleheader. On Wednesday, the Red Sox face the Orleans Firebirds for the third time this year, this time at Red Wilson Field (5 p.m.). The Red Sox tied and won in their first two games with the Firebirds.

After an off day Thursday, the Red Sox face three straight opponents for the first time — Chatham, Cotuit, and Falmouth. The Red Sox will welcome the Chatham Anglers to Red Wilson Field Friday night (5 p.m.), before hitting the road to face the red-hot Cotuit Kettleers at Lowell Park Saturday (5 p.m.). On Sunday, the Red Sox welcome the Falmouth Commodores to Red Wilson Field for a doubleheader, with the first game beginning at 2 p.m. and the second game following the first after a 30-minute break.

With Y-D Field Manager Scott Pickler on the cusp of the all-time Cape League wins record, the Red Sox got him three wins closer this past week. Pickler now stands at 537 wins — two away from tying the current record, and three away from breaking it.

The Red Sox have three home games in a row this week, and two more on Sunday, giving Coach Pick solid odds to break the record at home.

Cotuit is the obvious outlier in the West — the Kettleers have been on fire, scoring 36 runs in their first seven games while allowing just six.

Meanwhile in the East, just one point separates all five teams — Brewster, Y-D, and Harwich each have eight points, while Chatham and Orleans have seven.