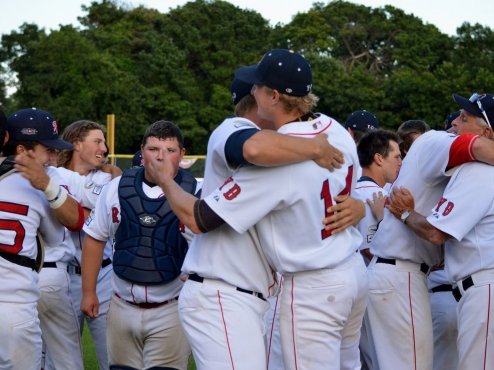 Andrew Stevenson (14) of LSU stole a total of 23 bases during the summer of 2014 with the Y-D Red Sox. He was named to the CCBL All-League team along with Justin Jacome (UC Santa Barbara) and Phil Bickford (Cal State Fullerton). Photo: Kyra McDonald / Y-D File

Andrew Stevenson (LSU), Justin Jacome (UC Santa Barbara), and Phil Bickford (Cal State Fullerton) were selected to the squad from Y-D. Each member of the trio also was selected to the Cape League All-Star team in July.