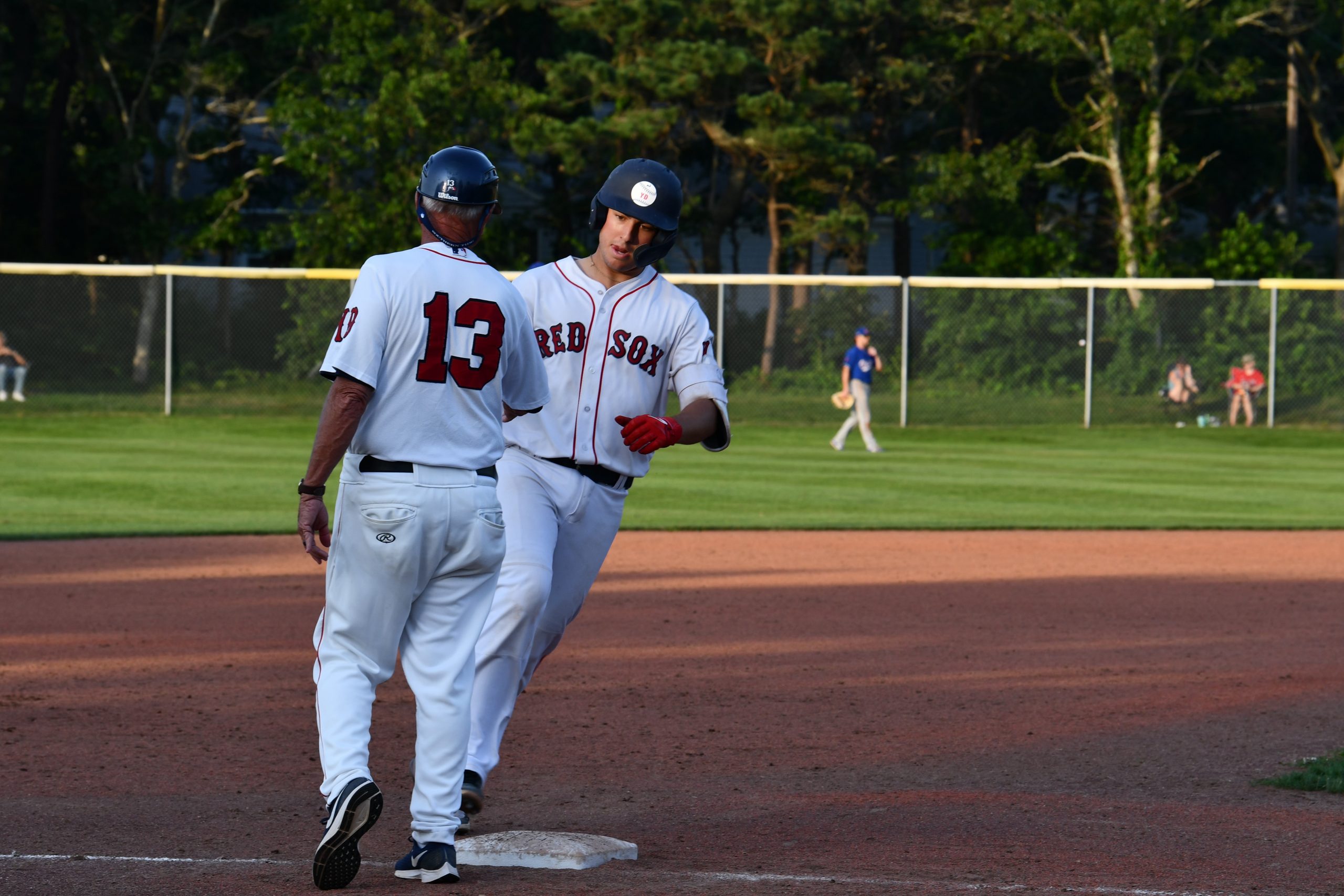 Yarmouth-Dennis– The Red Sox returned to Red Wilson Field to face off against the Chatham Anglers on Thursday night. The Red Sox were tied for first place in the East Division with the Brewster Whitecaps and had the opportunity to secure sole possession of first place with a win over the Anglers.

Unfortunately, the bats couldn’t get it done for the Red Sox and Chatham added some late insurance runs to top Y-D 8-4.

Ross Dunn got his first start of the season for the Red Sox pitching two innings allowing one hit and striking out three Chatham batters.

Chatham got on the board early in the first inning when a lead-off walk followed by a single to center field moving the runner to third base. A masterful 4-6-3 double play turned by Wyatt Hoffman and Peyton Graham allowed for the runner on third base to score putting Chatham up 1-0.

The Red Sox responded in the bottom half of the first inning with a leadoff hustle double by Wyatt Hoffman to right-center field. Tanner Smith followed up with a ground ball to second that moved Hoffman to third base. With one out and Hoffman on third base Chase Lutrell single to left field to score Hoffman and tie the ballgame up at 1-1.

In the top of the third inning, Chatham took the lead on a hit by pitch with the bases loaded and then a wild pitch by Zach Franklin to put Chatham back on top 3-1.

In the top of the fifth inning, the Anglers added a pair of runs on an erant throw by Y-D catcher Cade Hunter trying to turn a 3-2-3 double play with the bases loaded.

Y-D got a run back in the bottom of the fifth with a blast to right off the bat of Kody Huff to make the score 5-2.

The Red Sox showed fight in the bottom of the sixth with a leadoff walk by Pascanel Ferreras and a double to right field by Briley Knight. Wyatt Hoffman continued to swing a hot bat ripping an RBI single to left field scoring Ferreras from third. With one out and runners on first and third Kody Huff singled to left to score Knight making it a one-run game.

In the top of the seventh inning, Chatham added three runs on back-to-back home runs by Johnny Castagnozzi and Matthew Hogan making it 8-4 Anglers.

The Red Sox could not get anything going in the seventh and eighth inning and the game was called early due to darkness. Y-D is currently tied for first place with the Whitecaps in the East Divison.

The Sox will play first place in the West Bourne Braves on Friday at Red Wilson Field.