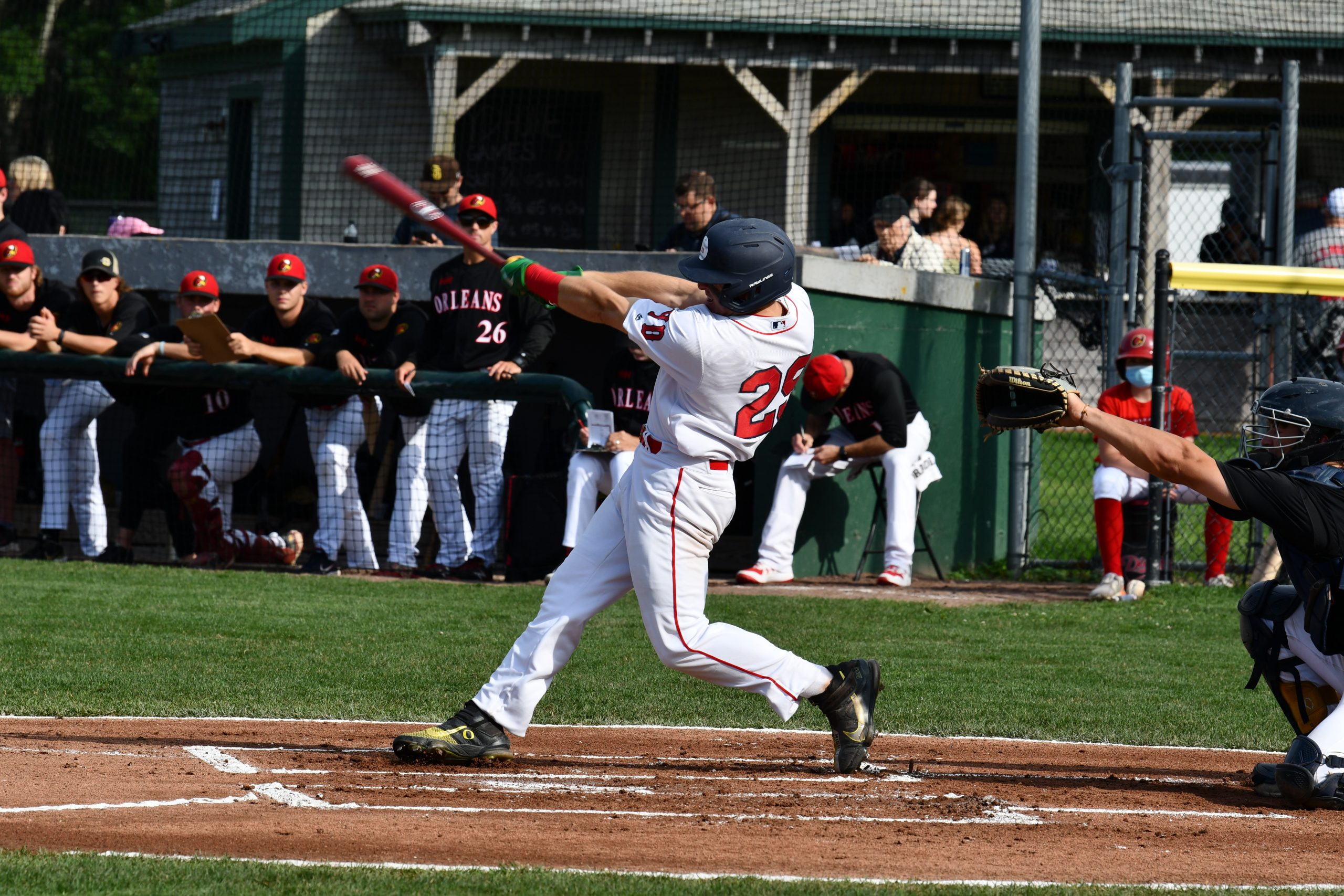 YARMOUTH — On Sunday night, the Orleans Firebirds made the trip to Red Wilson field for another great game of baseball. The Red Sox maintain a winning record against Orleans this season that improves to 2-0-1 thanks to a stellar offensive performance by Red Sox outfielder, Tanner Smith.

Smith got the Red Sox started on the right foot immediately in the first inning when he blasted his first home run of the season over the right field fence to give Y-D the 1-0 lead.

When the third inning came around, Orleans had tied the game at one a piece, but that did not last long. After a strikeout to start the bottom of the inning, Zach Lew walked, Peyton Graham reached first on a dropped third strike, and Smith came up with the big hit once again collecting an RBI on an infield single. Chase Luttrell followed that with an RBI of his own on a groundout to the Firebird’s second basemen that scored Graham. Smith came around to score as well when Wyatt Hoffman walked with the bases loaded.

The Firebirds fought back in the fifth when David Marcano singled up the middle and advanced to second on a Peyton Chatagnier single. Marcano later scored on another single for Orleans by Connor Kokx, making it 4-2 and putting the pressure back on Y-D.

That pressure was not enough to stop Tanner Smith, however. In the bottom of the seventh, Smith came to the plate with one man on and two outs. On a 1-0 count, he belted another ball over the right field fence for two runs and his second homer of the game. This was the third hit of the game for the Red Sox offense, and they all came from Smith.

“Berto and Coach Jordan have been great with me working on my hips and fine tuning my swing through the summer and making sure everything is ready to go and I can hit for power or average, so it is starting to come around,” Smith said.

As the ninth inning rolled around, Orleans was looking for anyone to get a rally started. Reid McLaughlin came in to pitch for Y-D in the seventh, but was still on the hill for the ninth. A walk and two base hits loaded the bases with one out for Chase DeLauter who leads the league in home runs this season. Just one swing of the bat could tie the game with the Red Sox.

DeLauter wound up hitting a groundball to Hoffman at second base who connected with Graham and Nate Baez for the double play that ended the game, and gave Y-D a 6-2 victory.

On Monday night the crew is back on the road for a big matchup against the Brewster Whitecaps. In their only two matchups this season the Red Sox and Whitecaps have tied 5-5 and 1-1 with each other. Monday night could wind up being the tiebreaker in that head to head record.