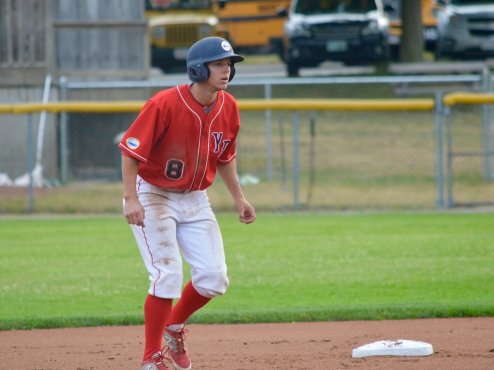 ORLEANS ? Yarmouth-Dennis had plenty of opportunities to continue their three-game winning streak Tuesday night against the Orleans Firebirds, but once again failed to plate runners ? losing 5-1 at Eldredge Park.

The Red Sox (3-5) and the Firebirds (6-2), who?ve already met three times in eight games, couldn?t have painted a different picture in 2015. Y-D ranks close to the bottom in both team batting and team pitching totals, while Orleans features one of the deepest lineups and have yielded the fewest earned runs in the early going this season.

Tuesday night was no different, with the Red Sox stranding 14 base runners and scoring a meager one run to the red-hot Firebirds five runs and one stranded runner.

Stranding more than runners, the Red Sox offense ? as well as Coach Scott Pickler ? left starter Brandon Bailey (0-2) hanging after what began as a solid outing for the 5?10? Gonzaga pitcher. Bailey struck out six over 5.2 innings and retired 11 of 12 batters at one point with a fastball that reached the mid-90?s and a sharp curveball, but was charged for all five runs on 91 pitches.

He was cruising through five after allowing a solo home run to second baseman Bryson Brigman (Gonzaga) in the first inning, but looked to run out of gas to start the bottom of sixth.

Austin Miller (Loyola Marymount) led off the inning with a single before an unusual play unfolded.

With the league?s leading home run hitter, Bobby Dalbec (Arizona), up to bat with Miller and Ronnie Dawson (Ohio State) on the corners, Bailey was charged with a balk ? allowing Miller to score Orleans? second run of the game. He appeared to have Dawson picked off, who was attempting to steal, but first base umpire Rudy Firmbach thought otherwise.

A few pitches later Dalbec does what he?s been doing and launched a three-run homer to deep left field to blow the game wide open, 5-1. It was Dalbec?s fourth of the year.

Catcher Nathan Rodriguez (Arkansas) plated the first run of the game for the Sox with a hard hit fielder?s choice up the middle that scored shortstop Donnie Walton (OK State) making it a 1-1 tie in the bottom of the third. But that was all the offense could muster as the team stranded at least one runner in seven innings ? leaving the bases loaded twice.

Walton may have been the lone bright spot for the Sox offensively as he went 3-5 with three singles.

Evan Bell (Indiana), Dustin Hunt (Northeastern) and Chris Viall (Stanford) provided a solid finish for the game from the bullpen not allowing a hit and striking out two in 2.2 innings. This is Bell?s third game and he?s yet to allow a run while striking out seven in 4.2 innings pitched. Viall, a 6-foot-9 righty, made his debut in the Cape League working a perfect eighth inning.

With the loss Y-D drops to 0-5 versus East Division opponents, with the opportunity to right the ship tomorrow with the second game of a home-at-home against the Firebirds. First pitch from Red Wilson field will be at 5 pm EST.