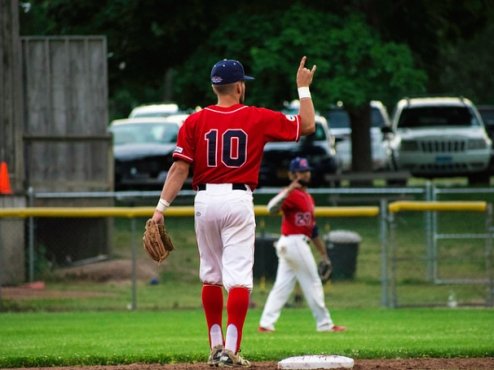 FALMOUTH ? One run proved to be good enough Wednesday night as Y-D pitching dominated a lifeless Commodore offense, limiting them to just two hits in a 1-0 shutout at Guv Fuller Field.

Brant Hurter (Georgia Tech) made his second start of the season for the Red Sox and was virtually unhittable, striking out seven while allowing just five Commodore batters to reach base in his five innings of work.

The rising sophomore battled command issues in his freshman season at Georgia Tech but Y-D pitching coach Christian Wonders has been working with the 6?5? lefty. The early returns look mighty promising.

?Coach Wonders is doing a great job with [Hurter],? Coach Scott Pickler said after the game. ?He spotted up really well with his fastball today. We need him to be able to do a better job with his breaking ball and his changeup, which he did tonight.?

After the game, Hurter echoed Pickler?s assessment: ?I?ve been working off the fastball. I was able to locate the fastball better, so it gave some leeway for my off-speed pitches to miss a little bit.?

The Commodores first hit of the night wasn?t much of a hit at all. ?Third baseman Nick Quintana fielded a routine grounder off the bat of Davis Sims (Murray State) cleanly, but an errant throw drew Andrew Daschbach (Stanford) off the base. The official scorer gave Sims a hit anyway.

After issuing a leadoff walk to begin the sixth, Hurter was replaced by Chandler Fidel (Arkansas Little Rock) who secured the first two outs of the inning before being pulled in favor of Sam Kessler (West Virginia).

Kessler entered the game to face Cameron Cannon (Arizona) in what would become the pivotal moment in the contest. With two outs and the bases loaded, Kessler induced a groundout from Cannon to end the Commodore threat and keep the Red Sox ahead by one.

Kessler has yet to give up a run in over six innings of work this season, and Pickler?s trust in him is apparent. He threw 48 pitches and secured ten outs for the save Wednesday, but he?s willing to fill whatever role Pickler asks of him.

?I?m doing whatever [Pickler] asks me to, the best I can. If he wants me to go out and start a game, I?ll do it. Close a game, mop up, whatever he needs me to do, I?ll do it,? said Kessler after the game. ?He calls a good game, I just got to deliver. It?s easy because the defense out there is easy to trust.?

Back-to-back doubles in the first inning from Quin Cotton (Grand Canyon) and Andrew Daschbach (Stanford) was all the Y-D pitching staff needed. The Red Sox had of traffic on the base paths but could not bring an insurance run home for the remainder of the game.

Sam Kessler inducing a groundout from Cameron Cannon to end the home half of the sixth. With the bases loaded in a 1-0 game, Coach Pickler called on Kessler to eliminate the threat. He entered the game in a high-leverage situation and came through in the clutch for Y-D, securing the out and eventually, the save.