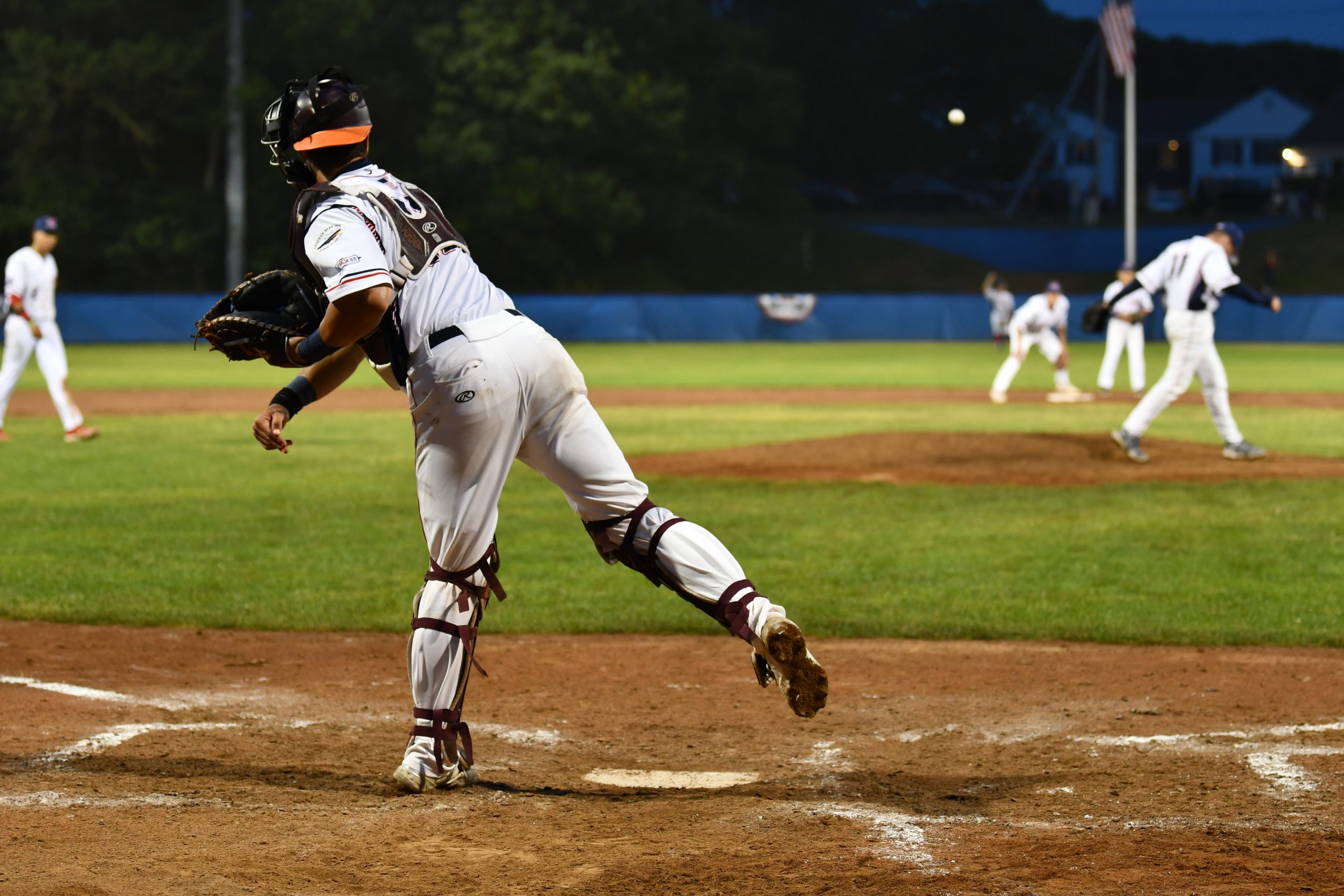 CHATHAM — A light drizzle under the lights is what Friday’s game called for as the Red Sox headed East for their first game in Chatham this summer. The Sox came into the game with the best record in the Eastern division, and on a streak of five consecutive games without a loss.

That streak ended on Friday night, but the Eastern division throne remains in the hands of Y-D as their record moves to 4-3-4 on the season with 12 total points; one ahead of the second place Orleans Firebirds.

Y-D had a sloppy game on both offense and defense tonight as they commited a total of four errors and were only able to cross the plate one time. Two of those errors came in the bottom of the first, but Y-D starter, Adam Maier, was able to get out of the jam stranding those two runners and leaving the inning unscathed.

The top of the second showed a little promise for the Red Sox when the red hot Wyatt Hoffman doubled down the left field line and then later scored on a Texas leaguer by Briley Knight that dropped into center field over the Chatham shortstop. The Red Sox took the early lead at 1-0, but it was only downhill from there.

In the bottom of the second, the Angler’s designated hitter, Lyle Miller-Green, immediately tied the contest with a leadoff bomb over the left field fence.

From that point, the pitching was dominant for three straight innings, but in the bottom of the sixth the Anglers were able to take over. Logan Britt, Chatham’s right fielder, took a ball deep into left-center field for a two run homer off of Andrew Marrero. Britt collected his first two hits of the season in this game, and they were costly for Y-D.

Later in the inning, Red Sox shortstop, Pascanel Ferreras, made a throwing error to home on a ground ball with a runner hustling down the third baseline. Ferreras had a chance on him, but threw the ball away past the catcher, and the Angler’s picked up their fourth run of the game and a three run lead over the Red Sox.

Coming into the ninth inning, Y-D was desperate for baserunners, and looking to find any way to extend the ballgame. However, they were sat down in consecutive order for a 1-2-3 inning by a strikeout, flyout, and groundout to lose the ballgame.

The Y-D offense has had some really good flashes and some really bad ones this season. On top of scoring just one run on Friday night, they collected just five hits and struck out 13 times. They were hitless in the final six innings of the ball game, and drew just two walks.

They will be looking to make a statement offensively tomorrow as they head back home to face the Hyannis Harbor Hawks at Red Wilson Field with first pitch being delivered at 5:00. The Harbor Hawks have a 2-8 record this season and are coming off of a 4-0 loss to Wareham on Friday night.