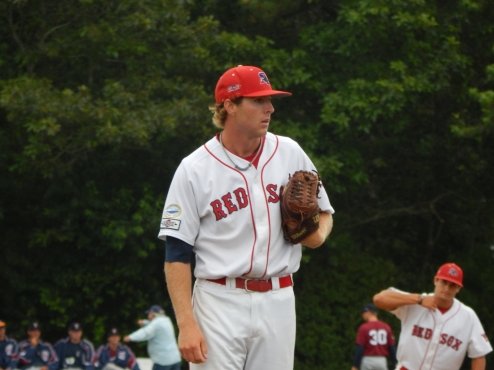 The Yarmouth-Dennis Red Sox were three outs away from a victory until a two-run homer from Kyle Schwarber of Wareham tied the score at two in the top of the ninth inning.

Smith was going for the complete game shutout in the ninth when Brett Pirtle reached base on an error by the shortstop Alex Blandino. Kyle Schwarber stepped to the plate already with three hits on the evening, and shot a no-doubter out to right field to tie the score at two.

Bradley Roney came in for relief in the ninth and tenth innings for Wareham and shut down the sox, striking out the first four batters he faced. After the last out was recorded in the bottom of the tenth, the umpires got together and called the game due to darkness, which ended in a tie 2-2.

The Sox are back in action tomorrow night at home as they host the Bourne Braves at 5:00pm.