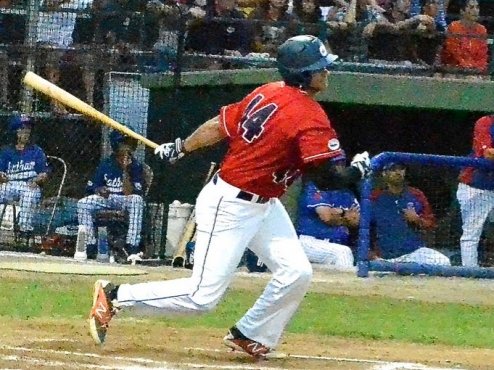 SOUTH YARMOUTH ? The Yarmouth-Dennis Red Sox (22-20 / 42 points) did their part to ensure the season won?t end on Sunday. Designated hitter Gio Brusa (Pacific) went 2-for-4 with two RBIs ? including his eighth home run of season ? to power the Sox over the Brewster Whitecaps (23-18 / 47 points), 4-3, Friday from Red Wilson Field.

A Friday loss by the Harwich Mariners (18-21-2 / 38 points) against the Chatham Anglers (22-19 / 44 points) would clinch a playoff berth for the defending Cape League champion Red Sox.

Winners of their last three, the Red Sox appear to be hitting a hot-streak at the right time. Although manager Scott Pickler said before the game that once the playoffs start, it?s a whole new season.

?There?s no momentum that?s needed to be carried over from regular season ending to start of playoffs. Everyone has a clean slate. I feel one-thousand percent about that,? Pickler said.

On the heels of that quote, Y-D starter Dustin Hunt (Northeastern) had a clean slate on the hill as he went four scoreless innings with six strikeouts and four baserunners ? none of which reached third base. Although he didn?t qualify for the victory, Hunt bounced back after giving up three earned runs over three-and-a-third in a 3-2 loss to Chatham on July 22.

Hunt started the game strong, striking out four of the first seven batters of the game before giving way to right-hander Mike Kukowski (Yale).

In the bottom of the fourth inning Brusa bruised an opposite field shot over the fence in right to start the scoring off for Y-D. It?s Brusa?s eighth big fly on the year with a team-high 23 runs batted in.

The Whitecaps, who have already clinched a berth in East Division, fought back with three unanswered runs through the sixth, seventh and eighth innings before Chad Hockin (Cal State Fullerton) an inning-and-a-third of scoreless relief to save the game for Y-D.

With a road game against Cotuit (16-26 / 32 points) on Saturday and a home game against Hyannis (23-18-1 / 47 points) on Sunday to close out the season, Y-D has two more opportunities to tune up for the Cape League?s second season.