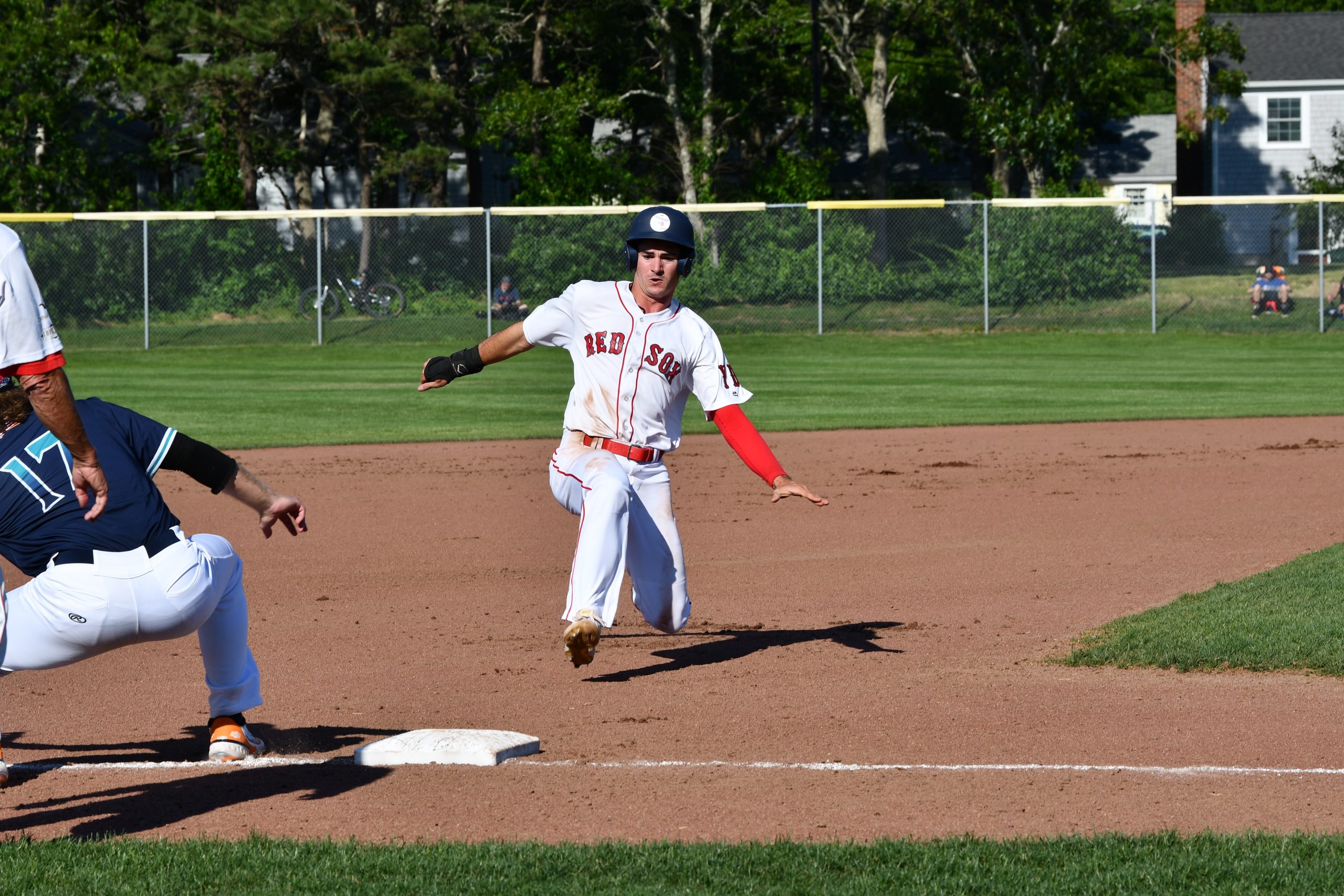 BREWSTER — Coming off a 5-1 loss to Brewster on Monday night, the Sox returned for a second consecutive matchup against the Whitecaps. Tuesday night featured a back and forth affair between the two teams, but even with their continued offensive struggles, Y-D was able to split the two-game Brewster road trip and win 5-4.

After solid starts to the game by both Zach Jacobs of Y-D and Pete Hanson of Brewster, it was the Red Sox that got going first in the top of the third where they rode a two out rally. Briley Knight got on base with a walk and Wyatt Hoffman followed up with a double down the left field line. Tanner Smith took a free pass down the first baseline with a walk and Kody Huff took care of business with an infield single to the left side of the field.

Hansen later threw a wild pitch that would trickle away from the catcher and brought Hoffman home for the second and final run of the inning, making it 2-0 in favor of Y-D.

In the bottom of the inning, the Red Sox flashed some leather with Zach Lew making an impressive backhanded play down the third baseline and throwing a dart across the field to get the out. Hoffman followed suit with a nice play at second where he charged in, grabbed the chopped ground ball cleanly, and made the put out at first.

The gloves just weren’t enough to keep the Whitecaps off the scoreboard. With two outs and a man on third, Alex Freeland hit a screaming grounder down the first baseline for a double that brought Spencer Jones home to make it a 2-1 ballgame.

In response, the Sox started the fourth inning with back to back walks and prime opportunity to extend their lead. With one out and two runners in scoring position, Knight did his job and hit a sacrifice fly to deep right field, to bring Pascanel Ferreras home. On the same play, Lew was able to barely sneak across the plate from second base after a missed throw by Brewster’s right fielder couldn’t be handled by the Whitecap infielders.

Brewster was able to pick up a few more runs by the end of the fifth inning and tie the game at four a piece. However, in the top of the sixth the Sox took that lead right back when Graham drew a walk, Ferreras singled, and Bowser brought a run home with a sacrifice fly.

The combination of Jacob Meador and Christian Culpepper, who came in to pitch for Y-D, shutdown the Whitecaps the rest of the way and gave the Red Sox their first win over Brewster this season. Their head-to-head record now stands at 1-1-2, and they are tied with 22 points each at the top of the Eastern division.

It is worth noting that the game was called in the top of the ninth inning for a mixture of darkness and fog. Before the game was called, however, Chase Luttrell hit a double off the left field fence that would score two runs. This hit and the runs batted in do not count toward season statistics.

Yet another game where the Red Sox are able to squeak out a victory despite little offensive production. Just three hits were enough for Y-D on Tuesday, as they were out hit seven to three.

This is something that the Y-D coaching staff will continue to address as the team heads into the second half of the season.

The Red Sox have the day off on Wednesday, but will be back at Red Wilson Field on Thursday night as they take on the Chatham Anglers for the fourth time this season. The Red Sox lead their matchups 2-1 this season, and look to extend that on Thursday.