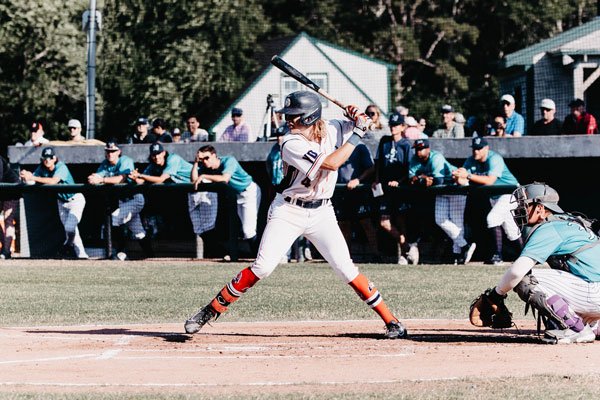 Tickets for the All-Star Game can be purchased here.

Y-D’s seven selections are the most in the East Division and tied with Hyannis for the most across the league.

San Diego State’s Cole Carrigg has been a mainstay in the Y-D lineup since opening day. His .300 batting average is seventh in the league, and he is third in the league with 13 stolen bases. His 14 RBI are second on the team and tied for 12th in the league. Carrigg, who can play any position on the field, has mostly played center field and shortstop for Y-D this summer, but has also appeared at third base and in right field.

Maryland’s Luke Shliger leads the Cape with a .446 on-base percentage, and leads all catchers with a .297 batting average. His 15 walks are also tied for fifth in the league. Shliger’s ability to get on base has made him hard to drop from the lineup, even on days when he isn’t catching. Y-D field manager Scott Pickler has put Shliger at DH to get his bat in the lineup, and also inserted him in left field and at second base.

The League’s first Pitcher of the Week this summer, Virginia Tech’s Jared Lyons has dominated hitters all summer. His 33 strikeouts are second in the league, and his 1.84 ERA is sixth. Lyons started the summer with 17.2 straight shutout innings, including two full starts in which he threw six scoreless innings. Opponents are hitting just .160 this summer against Lyons, who spent the last four years at George Mason.

Bryce Robison’s 0.83 ERA is third on the Cape this summer. The BYU right-hander has allowed just two earned runs in 21.2 innings pitched for Y-D, and he’s walked just five hitters. Robison has excelled at pitching through traffic all summer — even when runners reach base against him, he tends to hold them there. Robison’s WHIP is 1.06, and he has struck out 18 hitters this summer.

UCLA’s Luke Jewett has emerged as one of the most dominant bullpen arms on the Cape this summer. Jewett has allowed just one run over 13 innings for a 0.69 ERA (the same as his WHIP). Opponents are hitting just .150 against the right-hander, who has struck out 14 this summer. Jewett has earned two saves out of the bullpen for Y-D, and he has not allowed a run in four straight appearances.

Hunter Haas, who is transferring to Texas A&M, has proved himself as the top defensive shortstop on the Cape this summer. Haas has locked himself in as Y-D’s starting shortstop, consistently making outrageous defensive plays and making the difficult ones look easy. At the plate, Haas is hitting .230 with five extra-base hits, including a home run. He’s also stolen two bases for Y-D.

Homer Bush Jr. and his blinding speed round out the Y-D All-Stars. The Grand Canyon University outfielder has six stolen bases in seven attempts this summer, and also shows off his speed in the outfield. Bush has raised his average up to .283 and his on-base percentage up to .367 with a recent hot streak. Bush has scored nine runs in just 22 games as well.