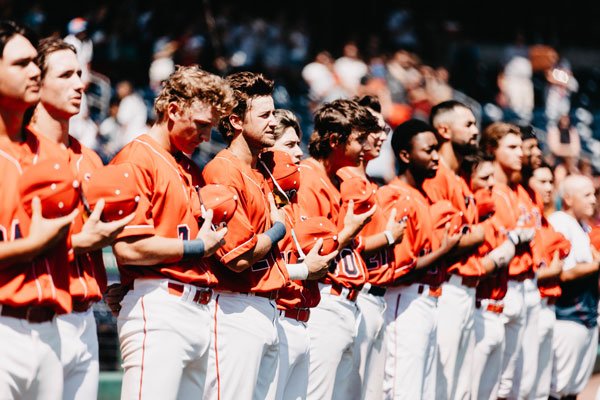 The Yarmouth-Dennis Red Sox fell to the Hyannis Harbor Hawks, 9-3, Wednesday morning at Dunkin’ Donuts Park in Harford, Connecticut. Y-D went down, 9-0, after three innings and never got back into it.

Y-D starter Eric Yost got two quick outs in the first, but walked a man with two outs to load the bases. A close play on a pick-off attempt at second nearly got him out of the inning, but Cole McConnell just got his foot down on the base before Hunter Haas applied the tag.

After that, everything went awry.

Yost walked in a run, then allowed a two-run single to Christian Moore. After re-walking the bases full, Yost surrendered another single to Rikuu Nishida. While one run scored from third, a great throw from Cole Carrigg gunned out Moore at home to end the inning. But the damage had already been done — Hyannis had a quick 4-0 lead, and things looked bleak.

Hyannis tacked on two more runs in the second and three in the third, and quickly developed a 9-0 lead. Meanwhile, the Y-D bats failed to muster anything offensively until the seventh, when they scored twice on an RBI fielder’s choice and a RBI walk.

The Sox added a third in the eighth on an RBI single from Gunner Antillon.

Dominic Freeberger, Cole Carrigg, and Braden Montgomery made their first appearances on the mound this summer in the loss, sending the Hawks down in order in subsequent innings.

At the plate, Caden Connor singled twice, while Freeberger and Antillon notched their first hits of the summer.

Y-D will try to bounce back Thursday against Cotuit, with first pitch at Red Wilson Field set for 5 p.m.