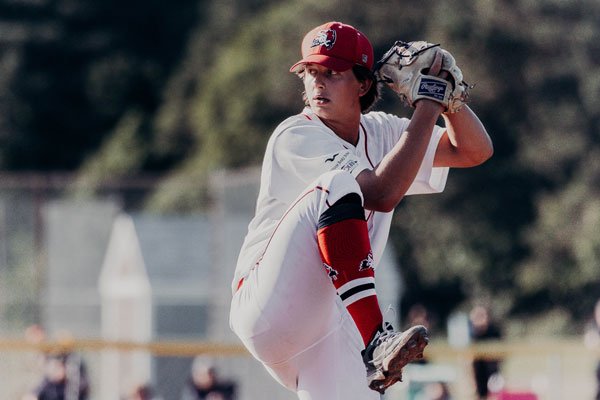 Though the Yarmouth-Dennis Red Sox entered the bottom of the ninth trailing the Chatham Anglers by a run, they scored the tying run on a throwing error before stranding the bases loaded in the ninth, settling for a 6-6 tie Sunday night at Red Wilson Field. Both teams used four-run innings (Y-D in the fourth and Chatham in the sixth) to power their offense.

“I thought we played well,” Y-D Field Manager Scott Pickler said. “We had one bad inning, and we haven’t done that [this season].”

The Red Sox took an early 1-0 lead on a Jordan Thompson sacrifice bunt in the second, and got strong pitching from Connor Markl early. Markl struck out four in the first two frames, stranding two men on in the first.

Markl looked poised to continue his dominance through the fourth, but he surrendered a two-out, two-run double to Chatham’s Roc Riggio that just kept drifting away from Luke Shliger in left field.

But the Sox responded quickly in the bottom half. They loaded the bases with one out for Shliger, who lined a single into shallow left center to score Thompson and Homer Bush Jr.

Shliger, who also stole a base, continued a recent hot stretch. With two walks as well as his single, he has reached base multiple times in each of his last three games. He increased his season OBP to .444.

Fernando Gonzalez later scored on a wild pitch, and Cole Carrigg hit a sacrifice fly to drive in Shliger to give the Red Sox a 5-2 lead.

Aaron Calhoun entered after the Red Sox rally for his first appearance of the summer, and he immediately impressed, striking out the side in the fifth.

But Calhoun ran into some trouble in the sixth. After getting two quick outs, a blooper to right field dropped in between everyone and allowed a run to score. Moments later, another blooper to left allowed Chatham to cut the Y-D lead to one. And soon after that, Chatham’s Jack Rubenstein roped a double to left center to tie the game.

After Zach Jacobs entered the game for Calhoun on the mound, Chatham added another on a throwing error to take the lead back, 6-5.

The Y-D bats went quiet for a few innings while trailing. But luckily for the Sox, Kris Bow silenced the Chatham hitters at the same time. Bow’s late-inning dominance kept the Red Sox within striking distance.

Markl, Calhoun, and Bow combined to strike out 15 batters for Y-D during the game. Markl used his changeup and breaking ball to good effect, then found good locations with his fastball for a few backwards Ks. Calhoun looked phenomenal early in his outing, including a ridiculous changeup to strike out Jake DeLeo. Bow found some of his early-season mojo after a rocky previous outing, allowing just one hit over four frames and never looking troubled.

In the bottom of the ninth, back-to-back walks gave Y-D two runners on with one out. Chase Meidroth hit a short grounder to Chatham pitcher Caden Grice, but he rushed his throw to second and sent it into the outfield. Pinch-runner Jack Costello came in to score from second to tie the game.

“I thought we battled there in the ninth inning,” Pickler said. “Down one, we put together some really nice at-bats.”

Y-D loaded the bases later in the inning, but couldn’t get the winning run across as Caden Connor grounded out to end the game.

The Red Sox are off Monday, then host back-to-back home games. They welcome the Brewster Whitecaps to Red Wilson Field Tuesday at 5 p.m. before hosting the Bourne Braves Wednesday at 5 p.m.