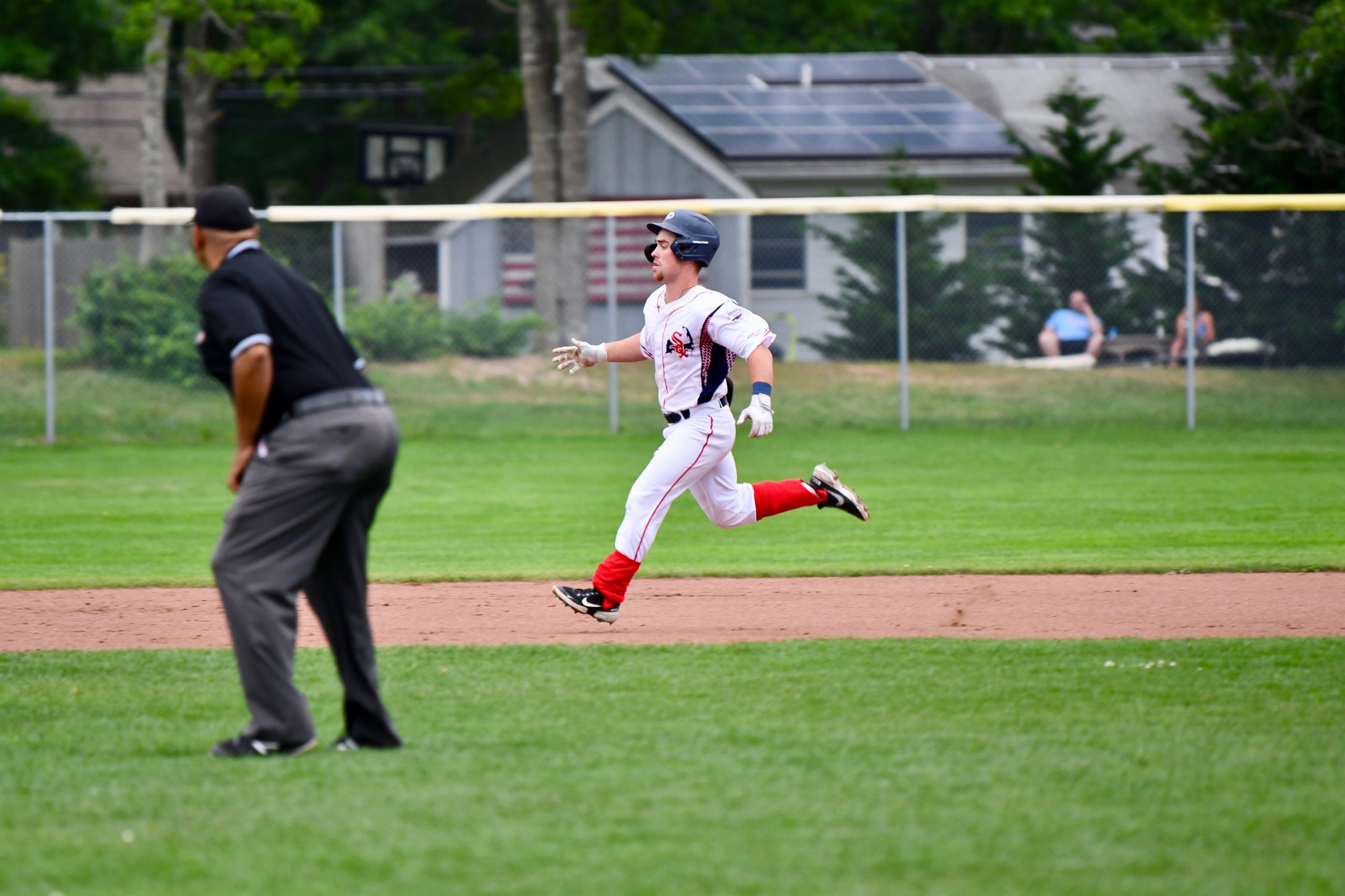 SOUTH YARMOUTH — On Tuesday night the Anglers came to town for a battle at the top of the Eastern Division. Y-D and Chatham entered the game with 1-0-1 records where the winner would leave with sole possession of first place in the division.

Outfielder, Briley Knight (Portland), delivered the game winning hit for the second consecutive night when he came to the plate with the bases loaded and two outs. After fouling off a couple pitches, Knight pounded a deep fly ball off the right field fence for a bases clearing double, giving Y-D a 3-1 lead.

Those three runs would be just enough for the Red Sox (2-0-1) to squeak out a victory over Chatham (1-1-1)  in a rainy pitchers duel that ended with a 3-2 final score.

Y-D manager, Scott Pickler, was more than satisfied with how his team played, as it was their first win over Chatham since July 15, 2018.

“I thought it was great. I thought our pitchers did a really good job. I thought that Dombkowski kept them off-balance, and I was really impressed with our reliever. I thought Peyton Graham (Oklahoma) made two great plays on defense, and then we got the big hit out of Briley Knight in a key situation. It’s a lot of fun when you win up here,” Coach Pickler said.

The Anglers got out to a hot start tonight when they collected two hits and a run in the first inning off of Red Sox starter, Nick Dombkowski (Hartford). Dombkowski bounced back with five scoreless innings as he finished the night with one run on six hits, five strikeouts, and the win. His six innings pitched are the most by a Y-D starter this season.

By the eighth inning, the clouds rolled in and visibility became difficult for the outfield. With two outs and a man on first, Chatham first baseman, Caden Grice (Clemson), popped the ball up into the outfield. Center fielder, Knight, lost the flyball in the sky which forced Tanner Smith (Oregon), the left fielder, to try and make a play on it. He ran a long way and with a sliding effort, the ball fell out of his glove. Base runner, Jake DeLeo (Georgia Tech), rounded the bases and scored for the Anglers’ making it a one run ballgame.

As the ninth inning came, the rain had gotten too strong and after Jaret Godman (Oklahoma) retired the first batter of the inning with a groundout to second, the umpires called the game.

The Red Sox struggled with their bats for the majority of the night. They sent just three batters to the plate in seven of their eight offensive innings. They had just three hits in tonight’s contest compared to the Anglers’ seven.

The major takeaway, however, is that the Red Sox have now strung together a few really strong pitching performances, and hope to continue their streak tomorrow as they head to Wareham to take on the Gatemen for a 6:45 start. Adam Maier (British Columbia) is set to take the mound for Y-D. The 6’1 righty has not pitched in a live game since March 2020 due to the COVID-19 pandemic, but he is eager and excited to get the nod.